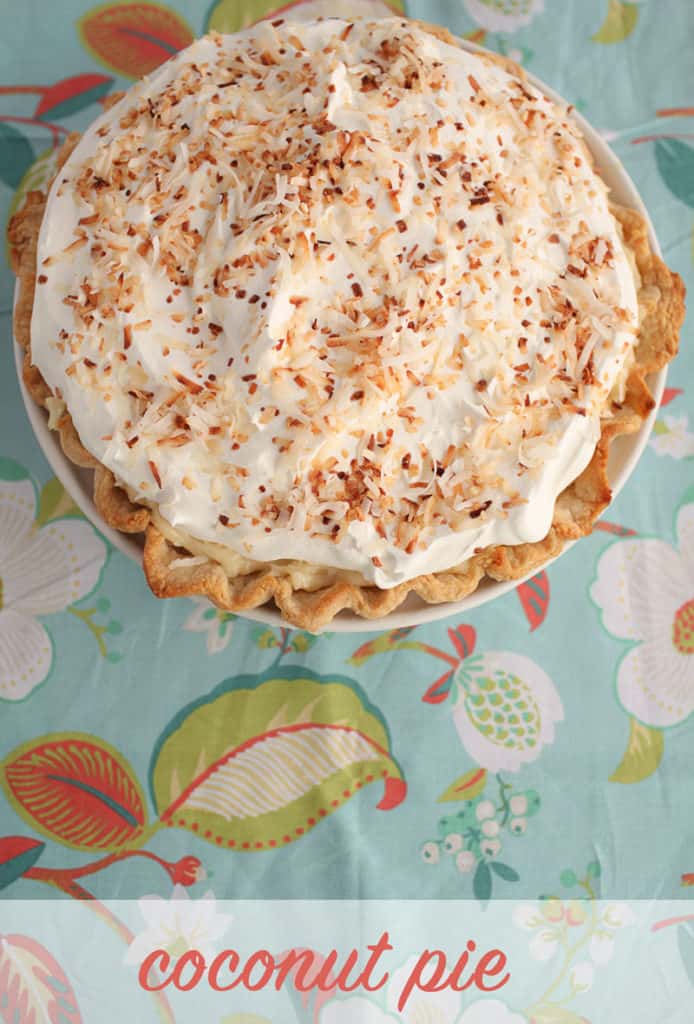 I don't know if it's me getting older but I kind of love coconut desserts. I'd say this started a couple of years ago. I was in a whole foods type of grocery and they had these self serve bins of candy and the price is based on weight. In these bins were squares of chocolate covered coconut. Ohhhh, they were heavenly! Since tasting those and making return trips to the store to continue buying them, I've kind of noticed that I don't curl up my nose so much at coconut things.  I am going to say it's getting older and my taste buds maturing..It has nothing to do with I'd probably liked it all along if I just would have let myself. HA!

Now this coconut pie..It's a labor of love. It's the real deal. It's somewhat time heavy. However, in the end..it's totally worth it once you take that first bite. I use this pie crust but you can also use store bought. 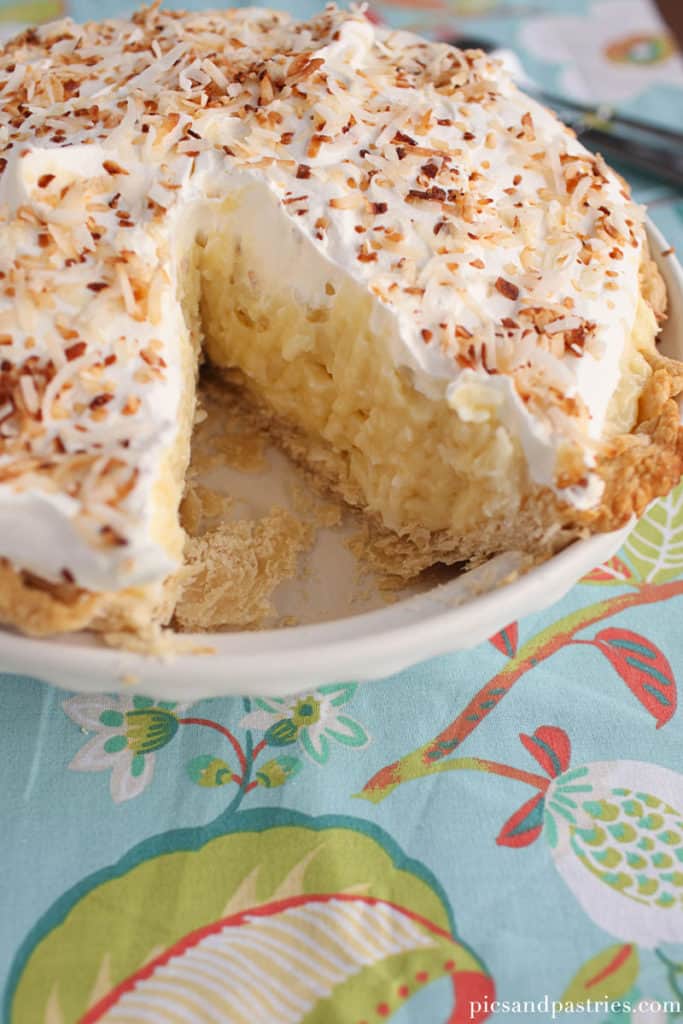 The base is homemade custard, which means you have to temper the eggs. Don't let that scare you. I mean, yes, if you mess up then your pie becomes inedible. I mean, no one wants to eat scrambled eggs in their coconut cream pie. However, if you don't try then you'll never realize it's not as difficult as it sounds.

I hope you enjoy. I thought it was delicious! When I made it we shared it with friends and their families. The dad of our good friend said he felt like he should pay me for his slice of pie. LOL! It was pretty funny.

Also, you may like white pie! It's one of my favorites. If not my very favorite! I use this pie plate but I have it in white and green. I need the turquoise because it's pretty too. 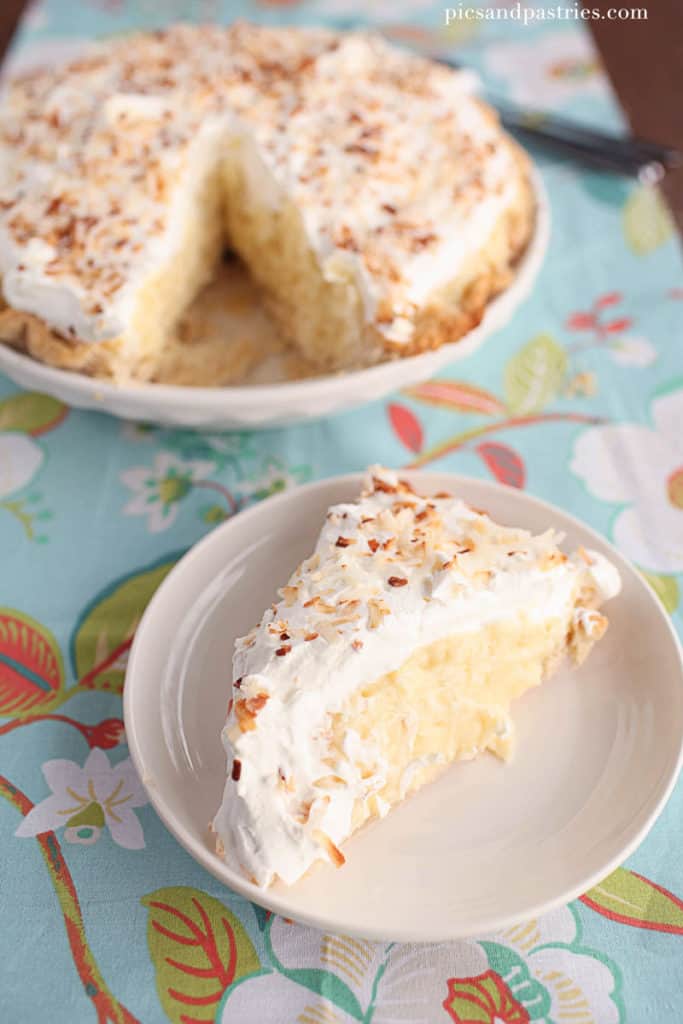 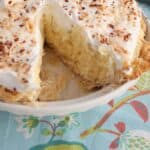 To toast the coconut spread coconut on a baking sheet and place in a 325 degree oven and stir often. Since we are using sweetened coconut here it will brown quicker. Shouldn't take more than 5-10 minutes. Adapted from Southern Living Magazine
« This & That
This & That »