BBQ Chicken Taquitos- Diced chicken breast covered with barbecue sauce and placed on a tortilla shell, topped with cheese, rolled up, brushed with melted butter and baked until golden brown.  Game day food at its finest! 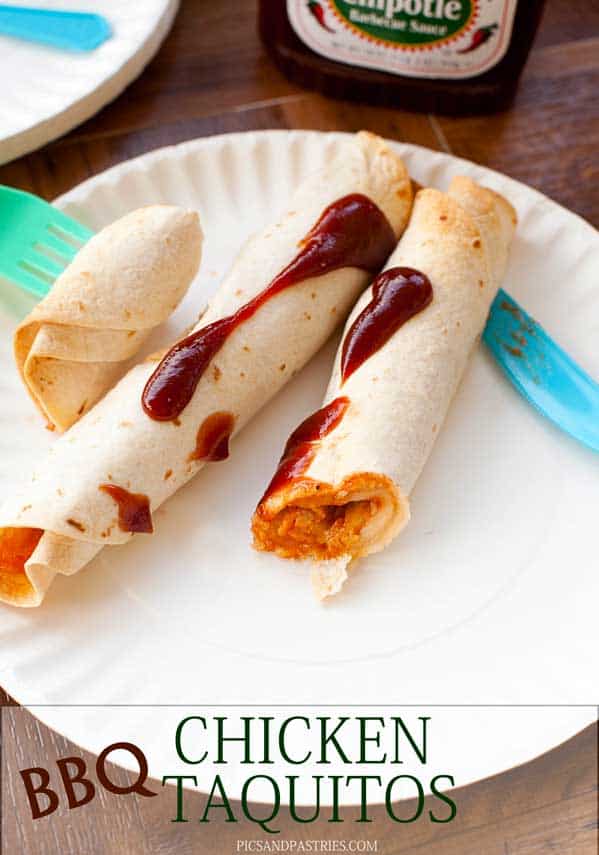 Hey guys!!!I have got the perfect game day recipe for you today! BBQ Chicken Taquitos! They're quick and easy to make, they do not require a lot of ingredients and they are simple enough to eat on a paper plate because who wants to wash dishes on game day?!? Am I right?  Can I just add that I love GAME DAY........Because of the food! 😉 Last week when we were watching football my husband said, "you really don't understand football do you?" My reply, "nope, but we eat good while we watch." 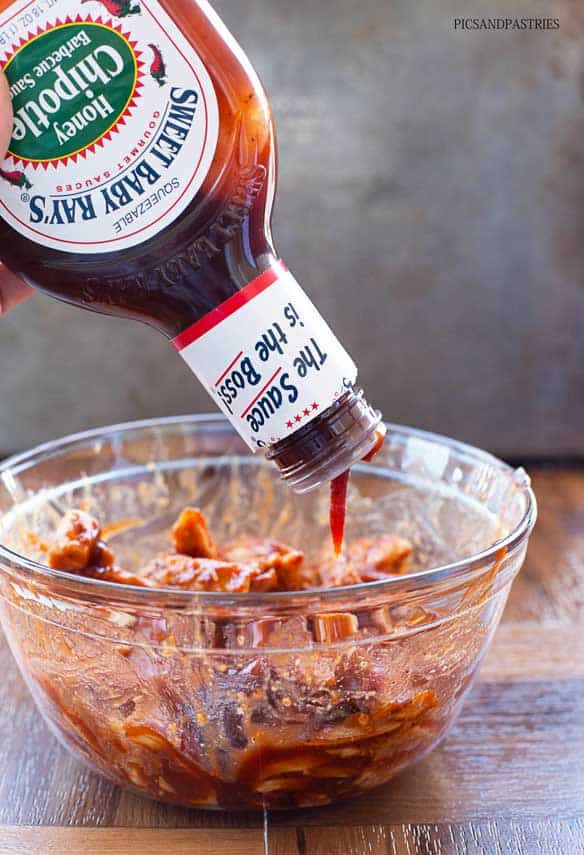 These BBQ Chicken Taquitos are sooo good. I used thinly sliced chicken breast that I baked in the oven with salt,pepper and a little seasoning salt. Then, I diced them in small pieces and covered it with the Honey Chipotle Barbeque Sauce. I'm a sauce girl so I used a lot. About half the bottle. I added some cheese, because cheese is amazing! I prefer to use colby-jack cheese but you can use whatever you like best. 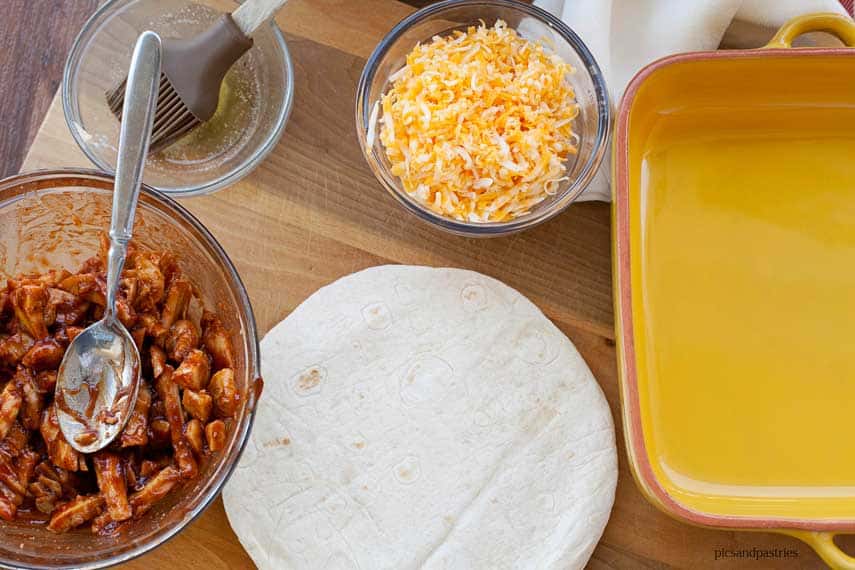 In order to get the tortillas to tightly wrap you need a to use a thin layer of the meat mixture right down the middle. Top with cheese and roll tightly and place seam side down in a casserole dish.

I used about three cups of diced chicken which was 5 or 6 of the thinly sliced chicken breasts. and I had enough to fill ten tortilla shells. I grated about 2 cups of cheese and used all of it on the meat mixture. 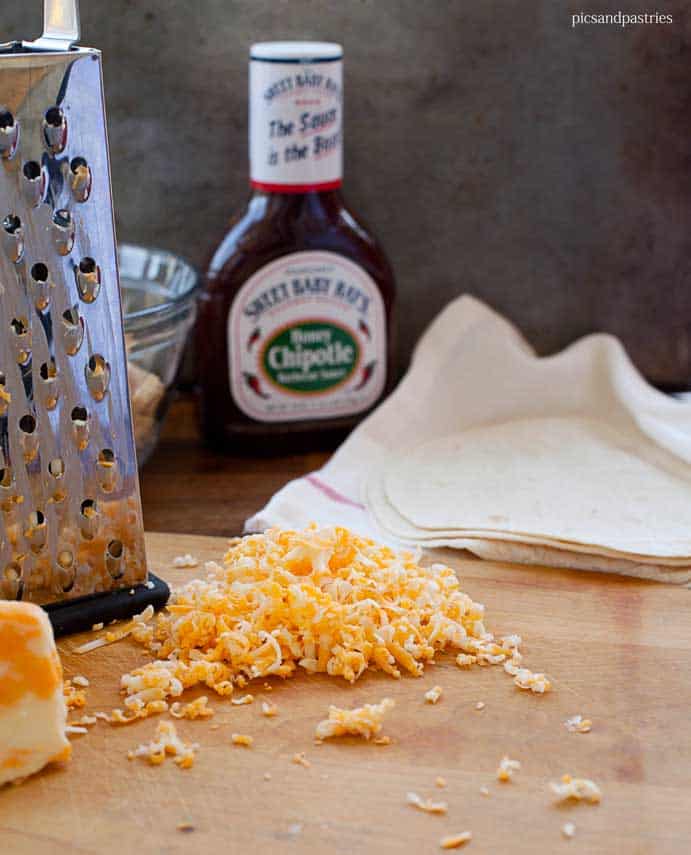 Right before baking I brushed all the shells with melted butter. This allows the shells to get golden brown. 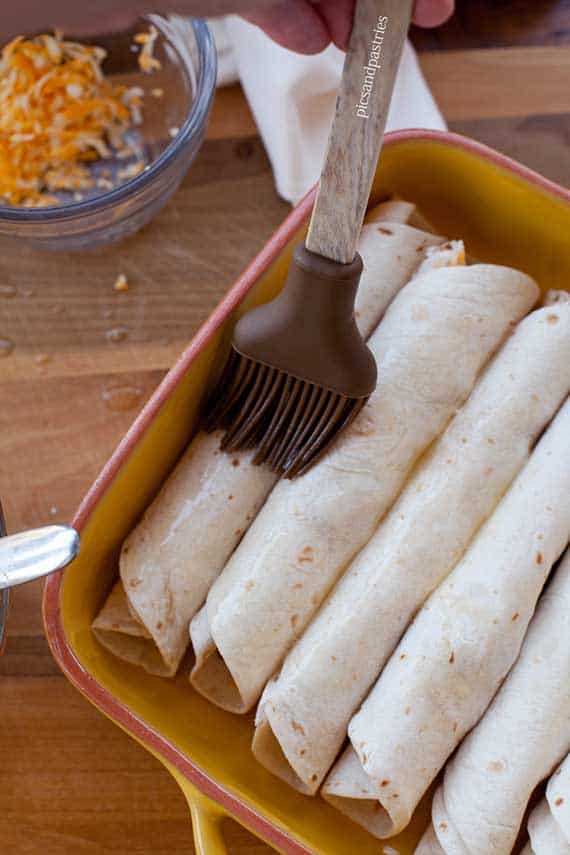 Here's the recipe and I hope you give these a try next game day! Also, be sure to like Sweet Baby Ray's on Facebook  and take part of their fun "Pass the Sauce" contest they have going on. You could possibly win free sauce for a year! How awesome would that be?!? Nonetheless, you and a friend can get a dollar off coupon. SCORE!  Basically, you send your friends, who are also your football rivals, some fun smack talk cards which you can customize it as you like. They can be sent via Facebook or email. 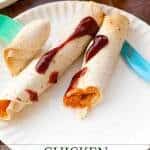 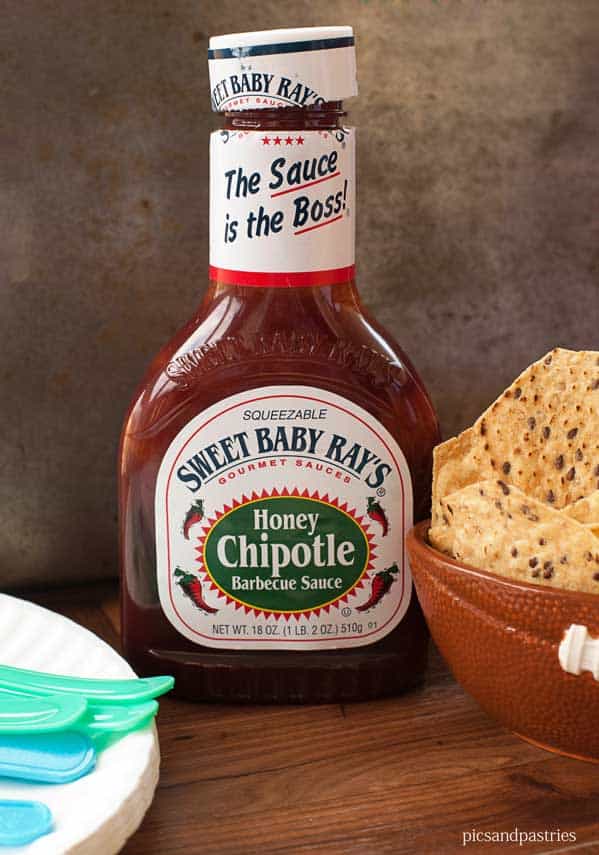 Disclosure: I was provided with complimentary product from Sweet Baby Ray's for review and recipe purposes. All opinions are honest and my own.