Blackberry Buttermilk Cupcakes- Flavorful cupcakes made with buttermilk and blackberry sauce then topped with blackberry buttercream. 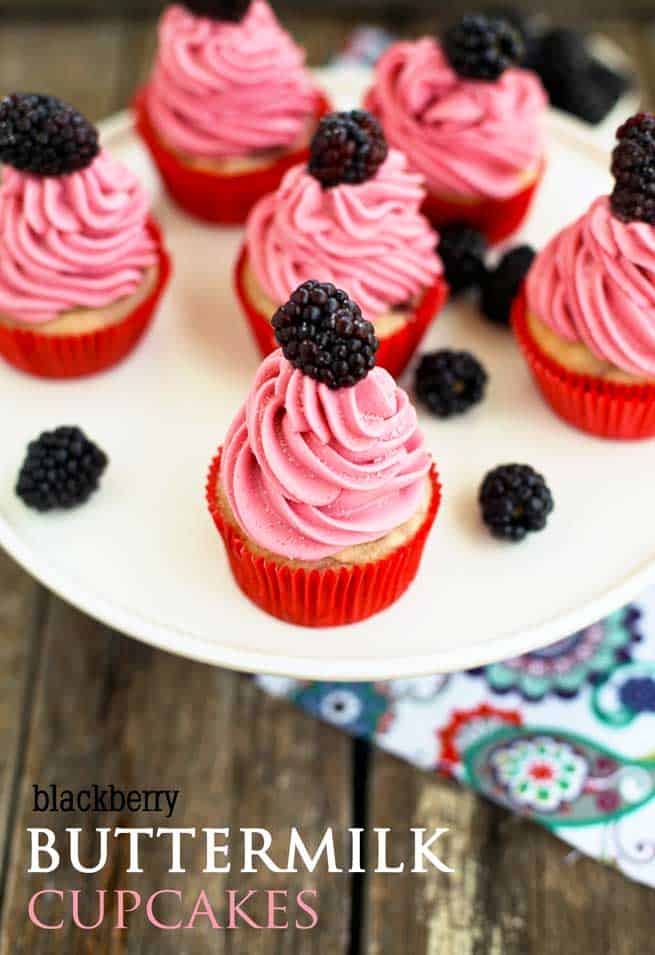 Hope your weekend was great. It was the Kentucky Derby here in Louisville so we enjoyed watching that. We didn't attend the Derby, but watched it on TV with our friends. It was a fun, but busy weekend.  Of course, like any weekend, I ate too much yummy food.

It's no secret that I love cupcakes and today I've got a fun new flavor to share. Blackberry Buttermilk Cupcakes!!! If you've noticed blackberries popping up more frequently in your store then buy some and make these cupcakes. 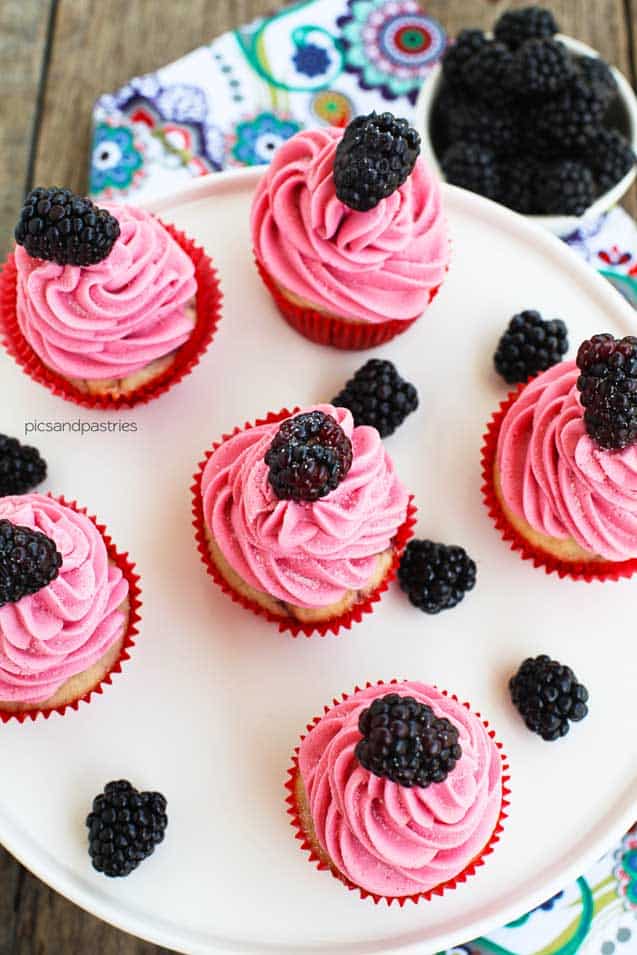 It's very common to jump right into making a cobbler when we have fresh blackberries, but cupcakes are always great to make and I enjoy experimenting with unique flavors. Blackberry is not a typical flavor I would use to make cupcakes.

The cupcakes are made with buttermilk so they have a moist, yet, less cakey than normal texture about them. Very delicious and the blackberry buttercream is AAAAMAZING!! 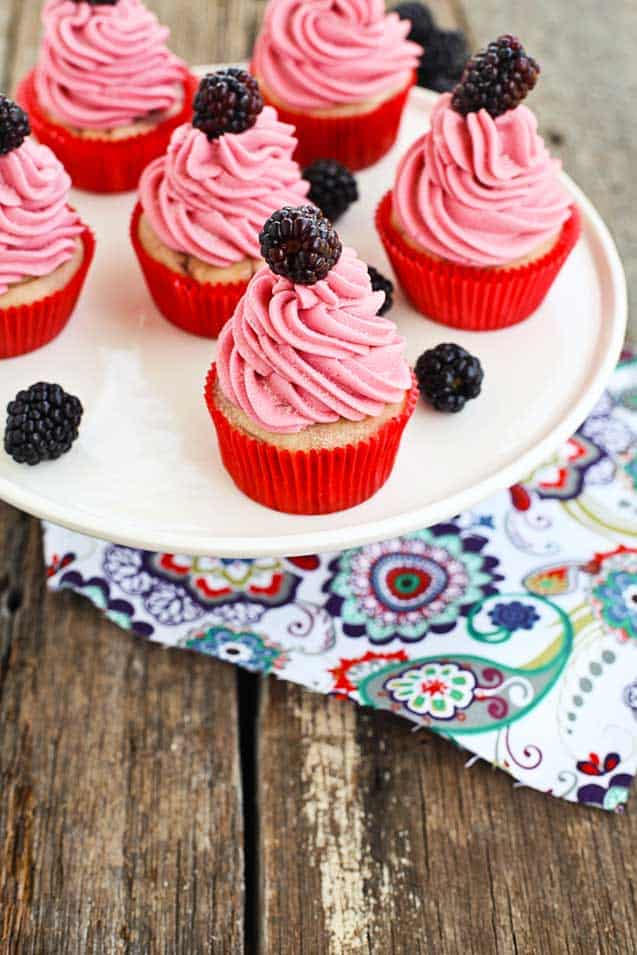 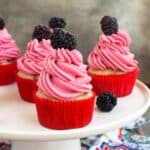 Adapted from Taste of the South 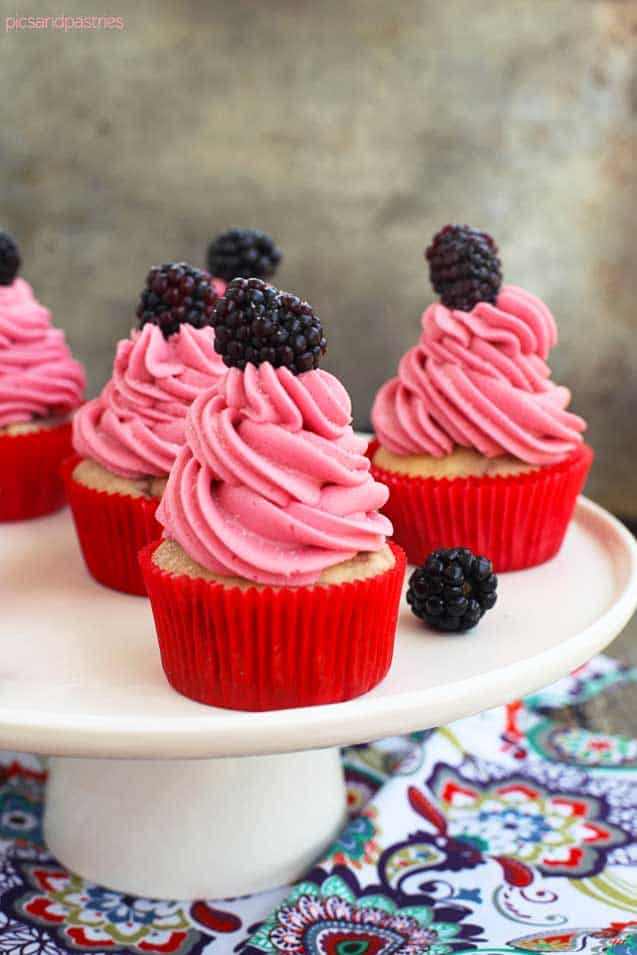