Eggnog Donuts- Baked eggnog flavored donuts which are dipped in an eggnog glaze. 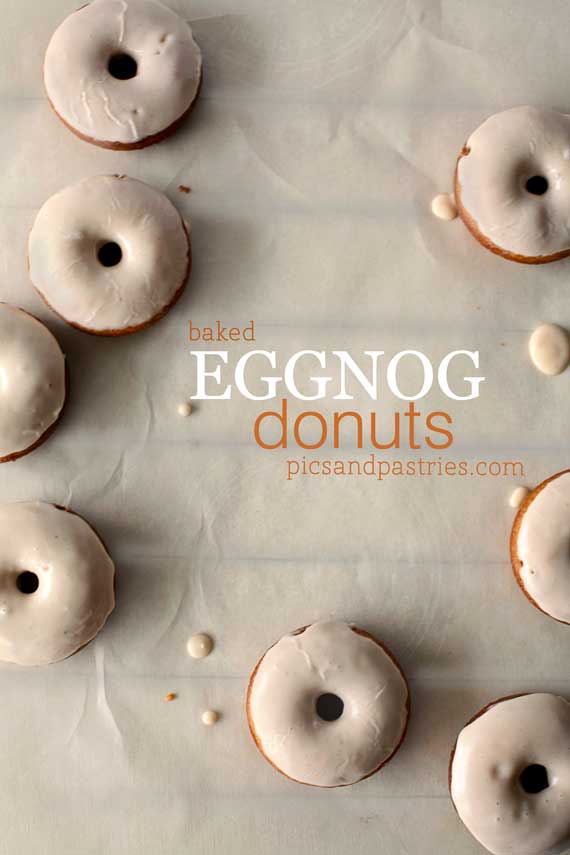 This is kind of embarrassing to admit since I am a self proclaimed "foodie," but I never tried eggnog until a couple of weeks ago....Sad, I know.  I was always afraid I wouldn't like it, but turns out I do like it. It tastes like melted ice cream. So, after my realization I knew I wanted to bake with it. That's what we crazy bakers like to do with yummy food/drinks....turn it into an extra indulgent treat! 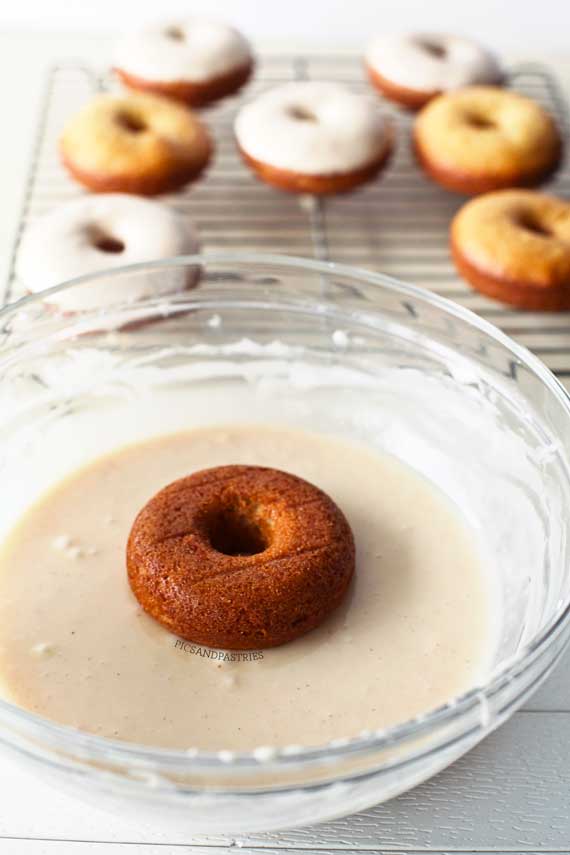 If you don't have a donut pan you can get one here. You're going to want one because I plan on sharing even more donut recipes in the future. Baked donuts are lots of fun to make. Of course, I made an eggnog glaze to dunk these in..which is the funnest part. 🙂

Eggnog Donuts are a fun treat to leave out for Santa. Donuts and Coffee! He could use a warm drink and a little pick me up! 🙂 I understand if you don't want to shy away from the traditional milk and cookies, though.  Definitely make these before eggnog season is over.

I lined the inside of a glass with a ziploc bag and allows the excess to lay against the outside of the glass and filled the inside with the donut batter.
Seal the bag and snip off a corner and fill the donut pan this way.
If you wish you can use less eggnog and more milk to make the glaze.
Only add a tablespoon of each at a time until the consistency is right. 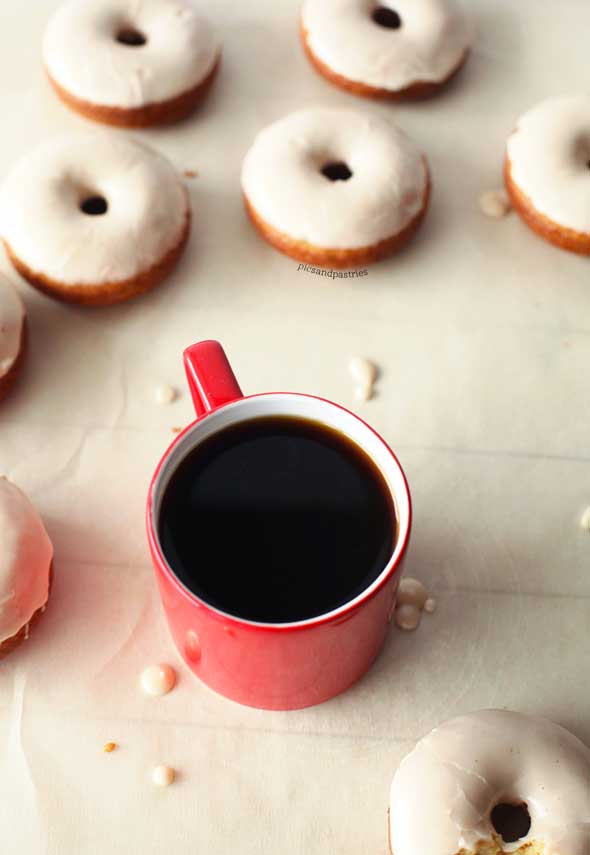