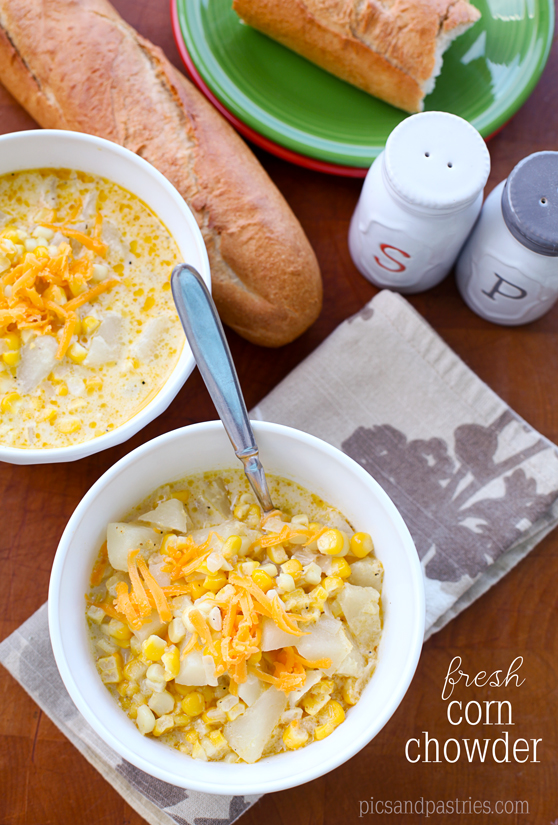 I love  soup!! During the winter months we eat A LOT of soup. I guess we make up for what soup we typically don't eat in the summer. I probably will fix soup for dinner one time during the summer months and usually that soup is corn chowder. I bought some fresh ears of corn at the store last week and had some leftover and decided the best way to use them would be to make this fresh corn chowder. 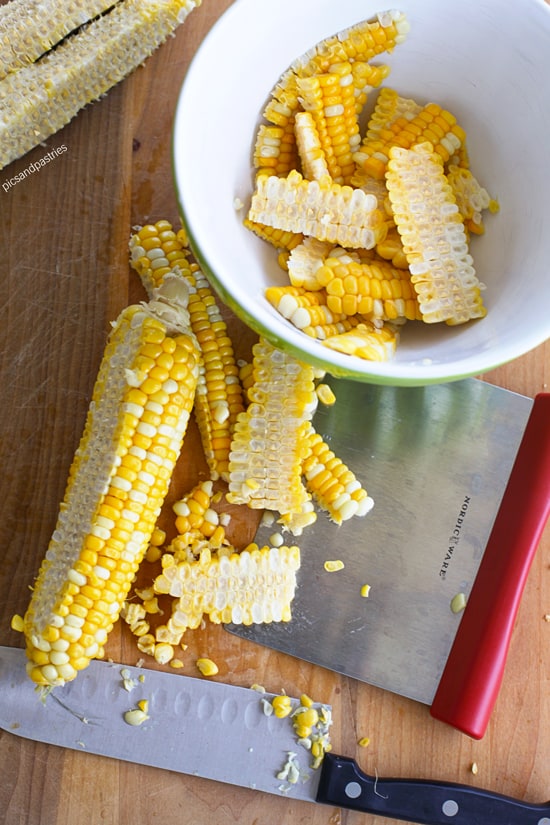 This was the first time I ever made chowder using fresh corn. I have a great recipe from my friend, Ryane that involves canned corn and it is soo good. This recipe is a little lighter and with the addition of the fresh corn it makes a perfect summertime chowder. My husband has been battling a summer cold that will not go away and this soup was perfect for his sore throat. 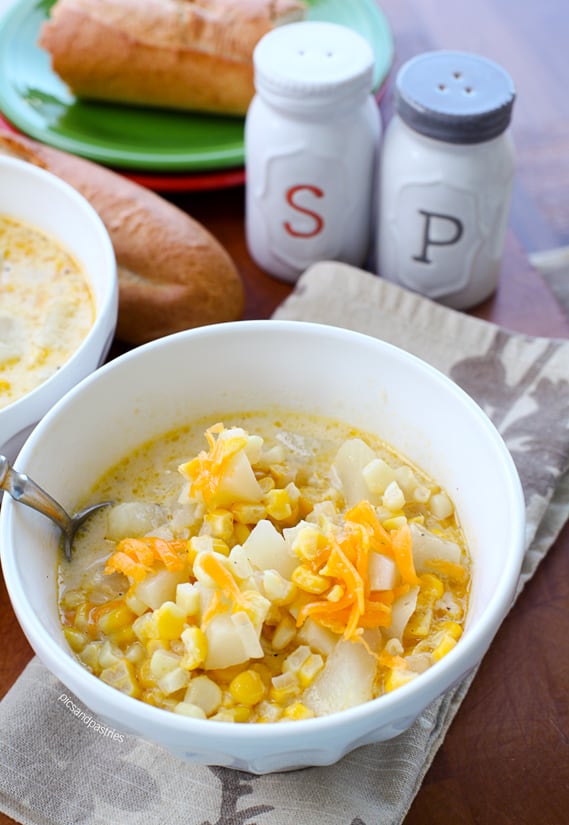 This soup would be delicious served with other fresh vegetables from the garden and sliced watermelon and cantaloupe for dessert. Yummm!!

If you're looking for more soup or veggie recipes then check these out: 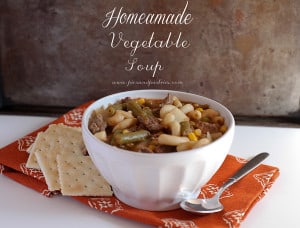 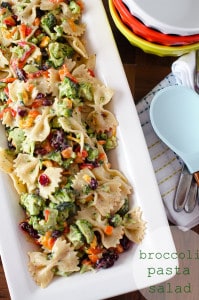 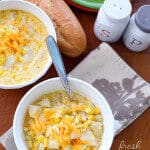