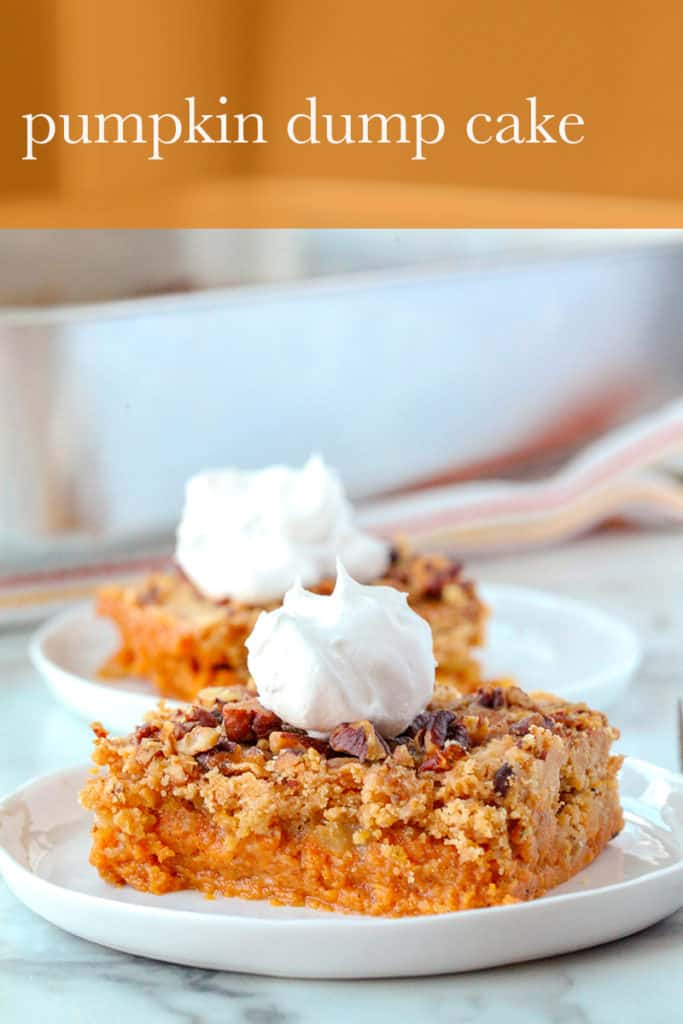 Pumpkin Dump Cake- The creamy pumpkin texture mixed with the crunchy pecans and browned cake mix topping is delicious and best served chilled with a dollop of whipped topping. 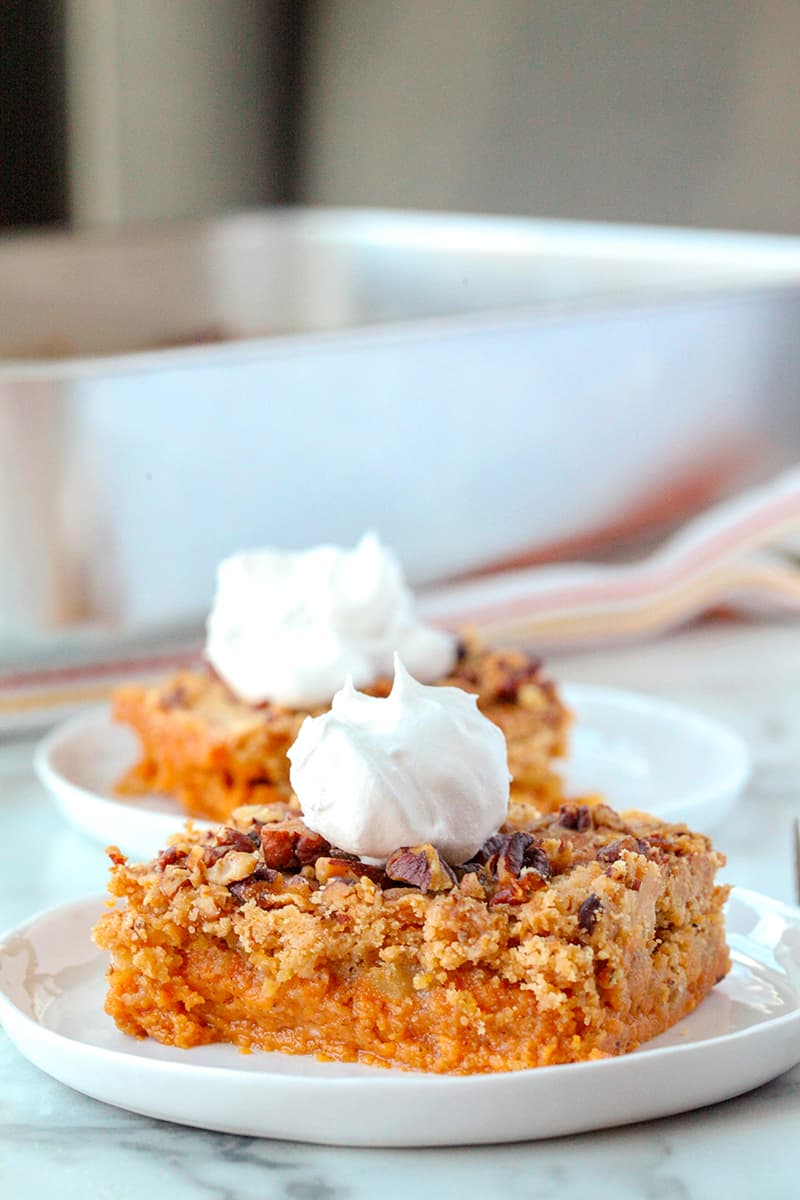 This is a recipe that was handwritten and given to me from a co-worker at an office job I had during college. Pumpkin Dump Cake was something everyone looked forward to her making as soon as the season turned to fall.

What's in a pumpkin dump cake 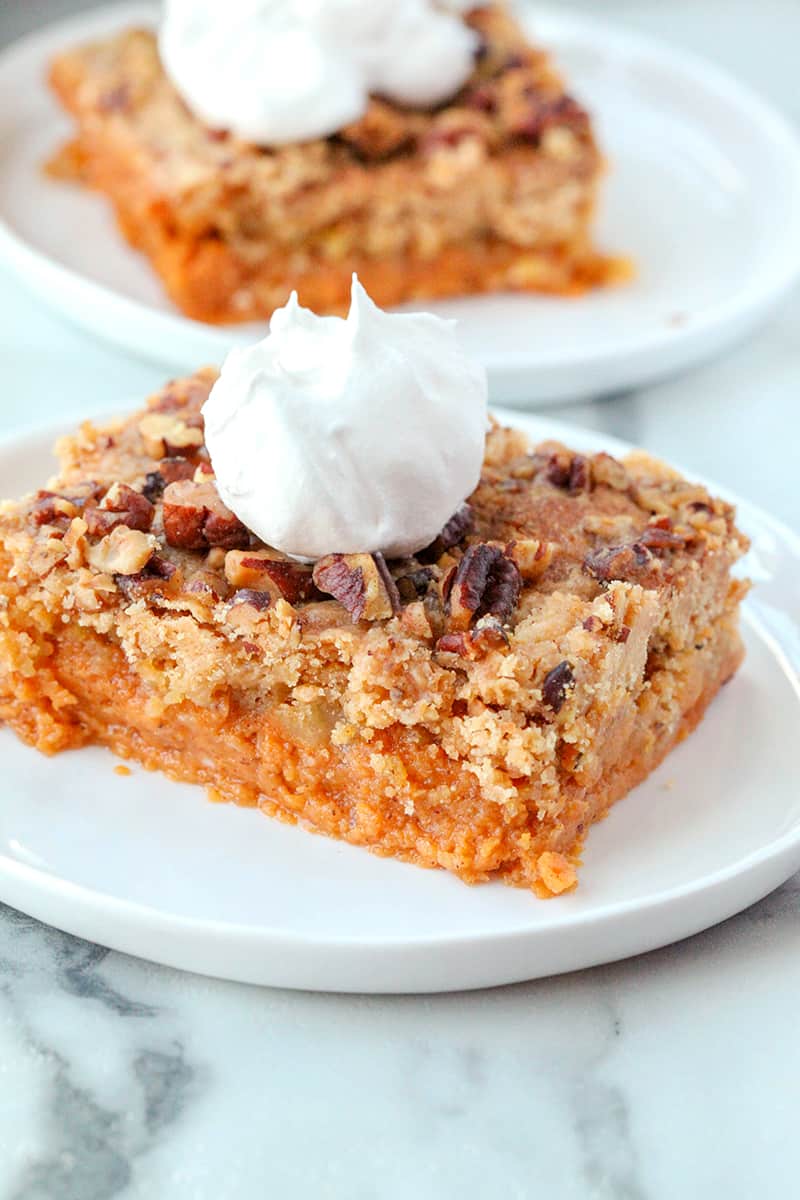 "Dump Cake" is an odd name for a dessert but the effort is minimal and the results are yummy. The cake mix is carefully sprinkled over the pumpkin mixture and drizzled with melted butter and then topped with pecans. The cake mix does not get mixed with any of the other ingredients as if you were to be making a cake. 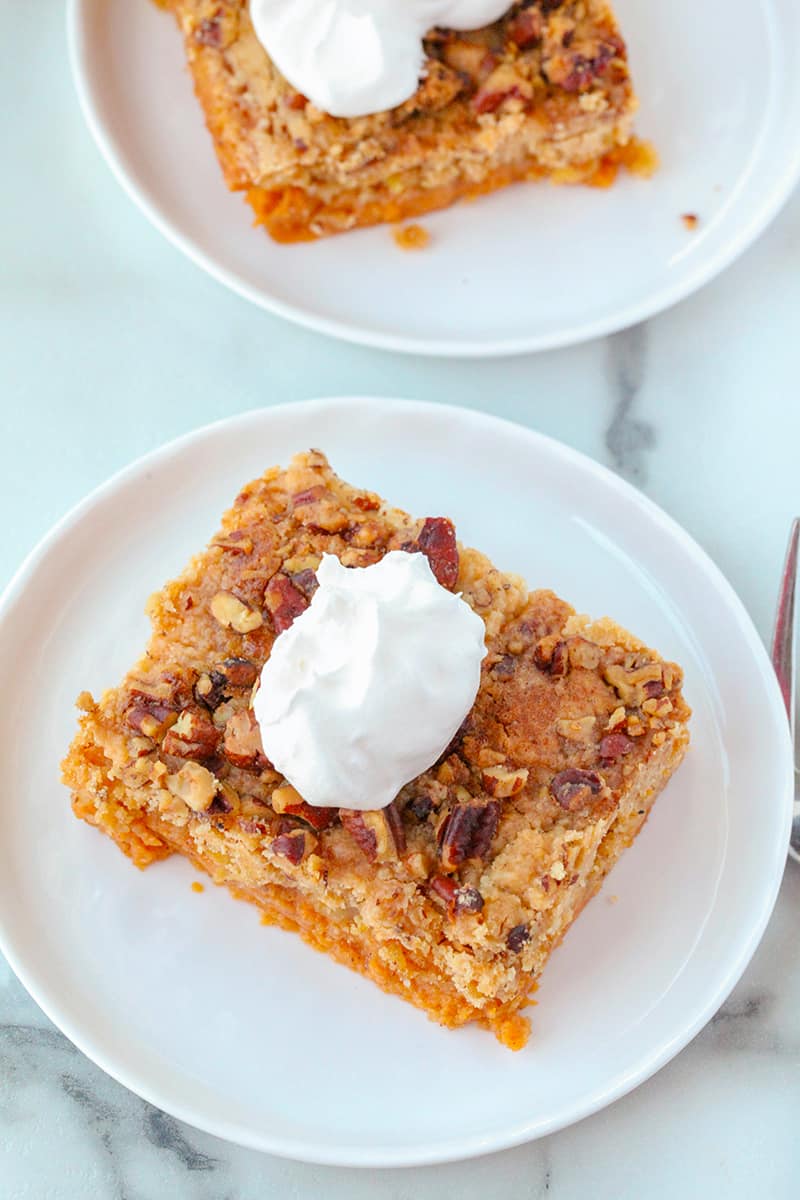 Make sure when buying canned pumpkin puree to not buy the big cans of pumpkin pie mix. The pumpkin pie mix has added ingredients to make a pie with.  I also love this cake pan with a lid if you're in need of one.

This dessert needs close to an hour to bake and then needs to completely cool after baking and before placing in the refrigerator to chill. It's a dessert that makes a generous amount since it requires a 9"x 13'' cake pan so it's great to make for the holidays. Make sure to pin this recipe!

I prefer to eat this chilled but others might like it warm, maybe with a scoop of ice cream instead of whipped topping...or both! HA! Either way, make sure the leftovers stay in the refrigerator and it will be good for at least two days.