I want to share Grayson's birth story but the storyteller in me considers it necessary to share details about my pregnancy and that will better explain why Grayson was born in the condition that he was in.

In the beginning I had a healthy pregnancy. My blood pressure was great, my weight gain was within range, I passed my glucose test and Grayson always had a strong heartbeat. Of course there's so much more that goes into a healthy pregnancy than those things and we found that out during week 32.

This was my first pregnancy. We found out we were expecting on December 12th and my due date was August 20th. We shared our exiting news with our families on Christmas Day and heard the heartbeat for the first time on New Years Eve. 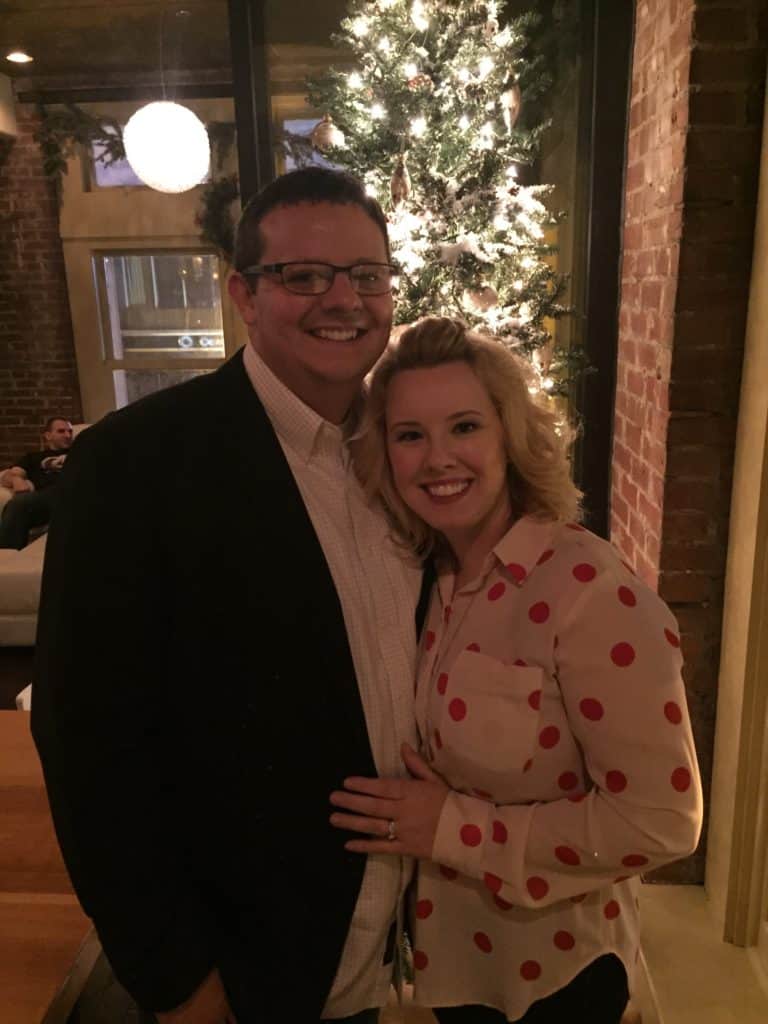 During the first trimester of my pregnancy I was exhausted and sick a lot. Cereal and plain cinnamon waffles was all I could stomach for the first couple of months. Overall, I had very common first trimester symptoms. By the beginning of the second trimester I was sicker than I had been in the first. Everyone said, "wait till the second trimester and things get easier." That was the opposite for me. I was throwing up excessively and needed to be on medicine. I took the medicine every 5 hours, around the clock, until week 21.

Week 21-32 everything was great. I did have swelling in my feet and ankles almost everyday but I was no longer throwing up. I never missed a doctors appointment and everything looked great at each of them. 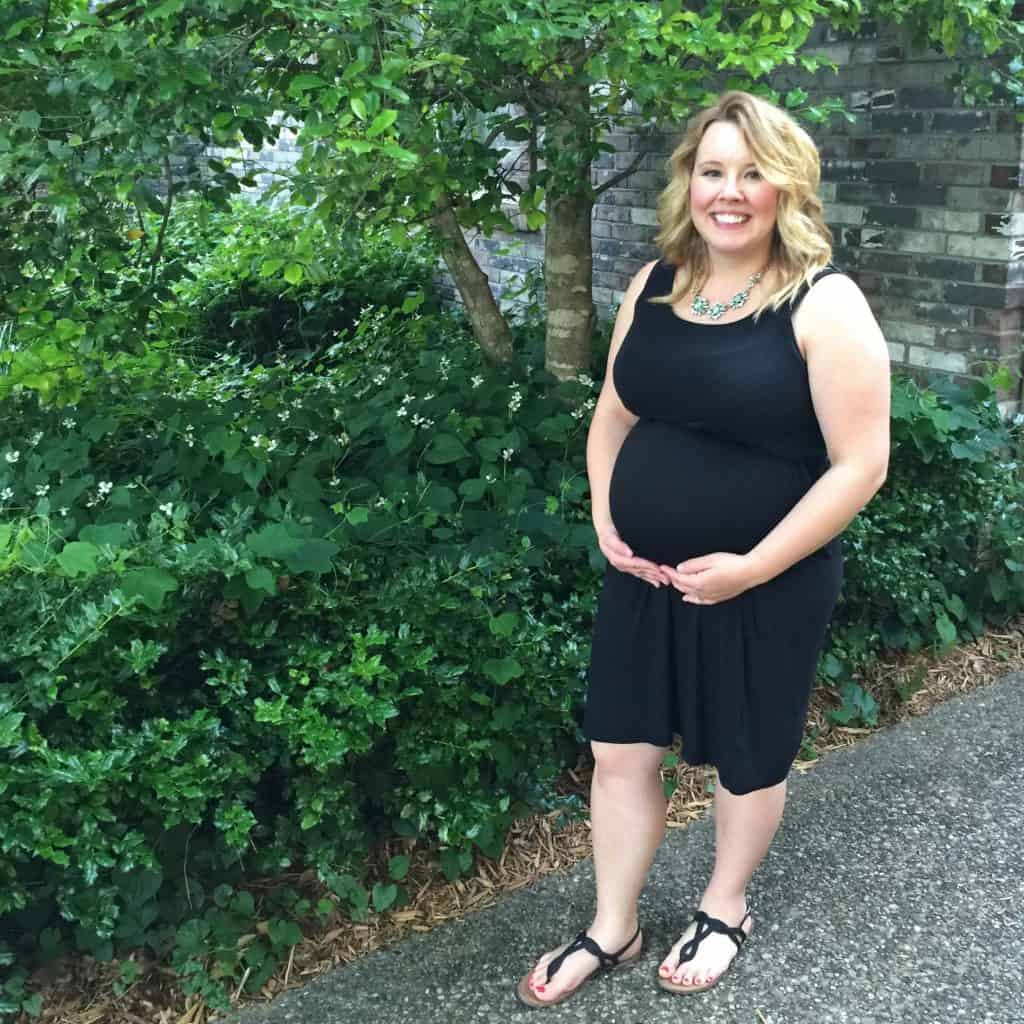 One morning during week 32 is when things changed. I had preterm labor issues and had to go to the E.R.  I was having light contractions, my fluid level was low and we discovered that Grayson was breech. Grayson being breech was not the cause of my complications but it is the reason I would need a c-section since there was not enough fluid for him to turn. I was given steroid shots to help Grayson's lungs develop in case Grayson was born early. A few hours later I was discharged with doctor's orders of strict bedrest, to drink lots of water and to follow up in a few days.

On July 1st l, I was 32 weeks and 6 days. We were following up with a different obstetrician than mine because the appointment I had for the day before got canceled since the office lost power for an unknown reason. I couldn't see my obstetrician on Friday either because he was out of the office. Since it was a holiday weekend and my shower in Illinois was the next day I was desperate to see a doctor and get the "okay" to travel. At the time we couldn't see how God was protecting us and baby Grayson but once we knew more about my situation and how serious it was.

At the beginning of what would be a four hour long appointment the doctor was optimistic that I could travel home but to take my medical records and stay off my feet as much as possible. Unfortunately, this didn't happen.

After having a biophysical profile (BPP) and a non stress tests performed her demeanor changed and we were told we needed to go to the hospital in downtown Louisville. A doctor and a labor and delivery room were waiting on us as we were possibly going to be having a c-section that afternoon. Going to a different hospital than we planned on delivering at was necessary because of Grayson's gestational age.

You can read about the BPP here. I ended up having this done two-three times a week until I delivered as well as two non stress tests a day.

Once at the hospital more tests and ultrasounds were performed. The doctors didn't think a c-section was necessary at that time but I did need to be admitted so I could be monitored by them-the maternal fetal medicine specialists or as we referred to them as the high-risk doctors. My fluid level was very low and I was diagnosed with oligohydramnios and my pregnancy was considered "high risk."
This was very concerning for several reasons. We didn't want Grayson to be born prematurely. The risk of the umbilical cord getting compressed and Grayson losing oxygen was highly possible. Also, we didn't know how the low fluid level would effect Grayson's growth from that point on. Since babies swallow amniotic fluid to help develop their lungs and practice breathing we knew Grayson wasn't getting to do that as much because of the lack of fluid.

On that same afternoon, in the event we would have Grayson early, a neonatologist met with us to discuss what to expect concerning Grayson. Overall, he wasn't too concerned based on what was showing on his ultrasounds. I was far enough along that Grayson's organs were developed and if he did need extra medical care in the NICU it would probably be for regulating his temperature, breathing and or feeding.

I stayed in the hospital for two weeks. Ultimately, the goal was for me to make it to week 37. I spent a lot of time laying in bed thinking about Grayson's room and that I hadn't finished getting it ready. I hadn't washed his clothes or blankets and I did not have a freezer full of meals for us to enjoy after he was born. All things that I had thought I had time to do before he was born but also things that don't really matter, especially when your baby is born in critical condition. I loved feeling him kick and he was the most active around ten at night. I couldn't wait to hold him and be able to rock him to sleep. 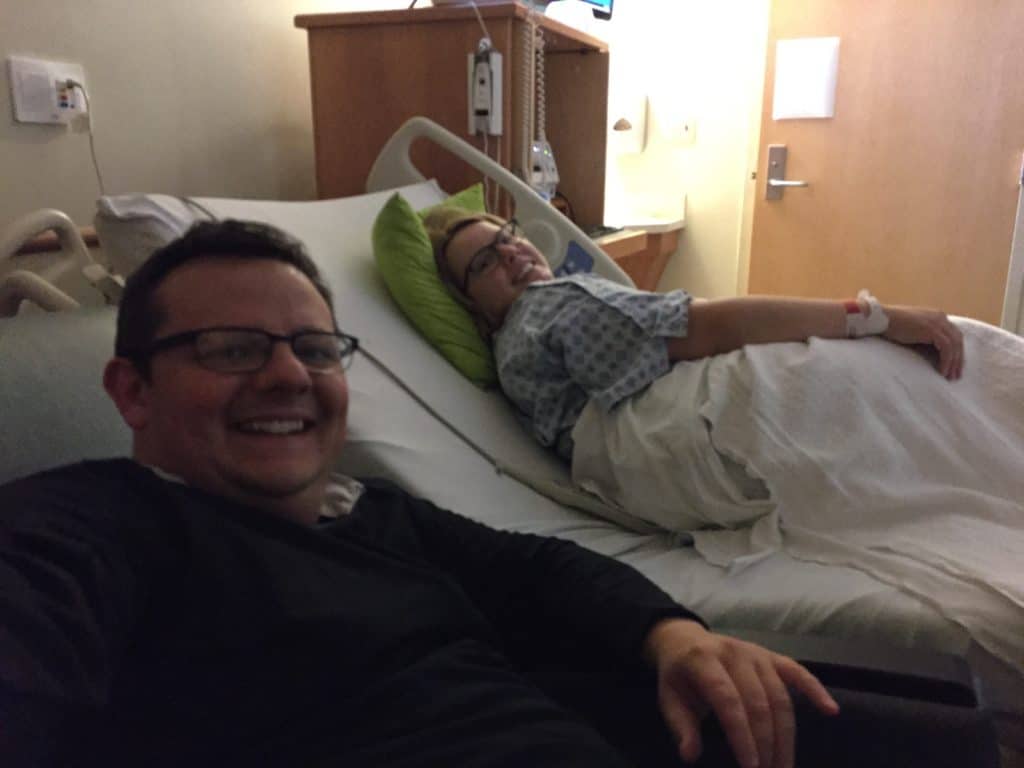 Even though I was in the hospital with complications I felt peaceful that Grayson was going to be okay. I felt as if we were both in the best place and were given great care. Jason and I made the most out of our time there. He stayed every night with me and came during his lunch hour to see me. Luckily, his firm and our house isn't far from the hospital. We watched tv and shared many laughs. 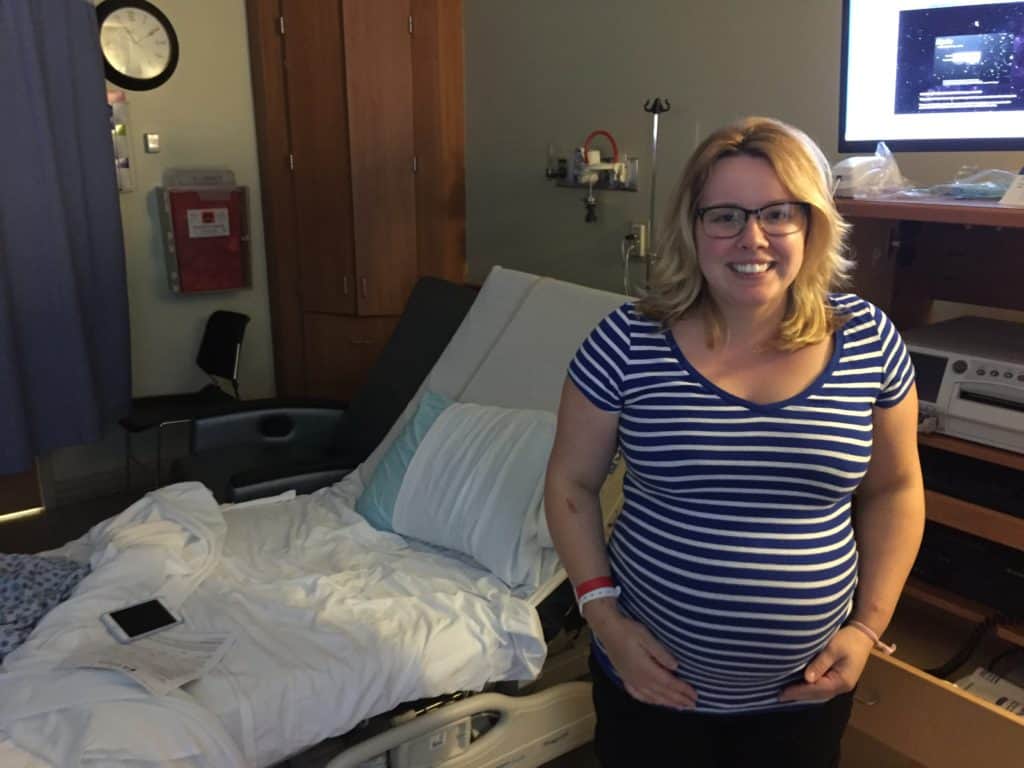 I was discharged and turned back over to the care of my obstetrician with ultrasounds done by the MFMS because of their advanced machines. I had a c-section scheduled for 36 weeks and 5 days. I wasn't on strict bed rest at this point but I was very limited at what I could do and how much I could do. I felt nervous all the time. While in the hospital I was monitored closely and at any moment if things went awry I would have an emergency c-section. Once home I had to do kick counts and return to the hospital if I felt something was wrong. It was such a nerve wracking experience.
On July 22nd, six days before my scheduled c-section I had a scheduled ultrasound so another BPP could be done. I was not suppose to see the MFMS unless there was a problem. He was at the hospital that morning but could walk to the office if he needed to. The sonograoher told me she needed to page him and that he was on his way to come see me. Obviosuly I knew something was wrong. I had just heard Grayson's heartbeat and knew it still sounded strong and that's probably why I was able to stay so calm. Based on the result of the BPP, the MFMS did not think it was worth the risk to wait the 6 days for the scheduled c-section. He spoke with my obstetrician and we had a c-section scheduled for that afternoon.

At this time I had reached a point in pregnancy every pregnant woman fears. There was an increased chance I would deliver a stillborn baby. It was safer for Grayson to be born early than to continue waiting to try to get to 37 weeks. The umbilical cord would have been compressed at some time and Grayson would have lost oxygen. I wasn't aware of  how scary my situation had become until after Grayson was born. I suppose they were trying to reduce stress on me as much as possible before my c-section.

At 4:26 p.m. Grayson was born, via c-section. Since this wasn't deemed "emergency" my obstetrician was able to perform the delivery at the hospital we had originally planned on. Before the procedure I asked if I could do skin on skin after he was born. He said, "yes, as long as Grayson is well." We also discussed having a doctor from the Louisville Children's Hospital sent over to be in the delivery room in case Grayson needed extra help. We were so grateful for that decision because Grayson definitely needed a lot of help breathing. We were very surprised and scared that he was born in the condition he was in and skin on skin was no where near a possibility. 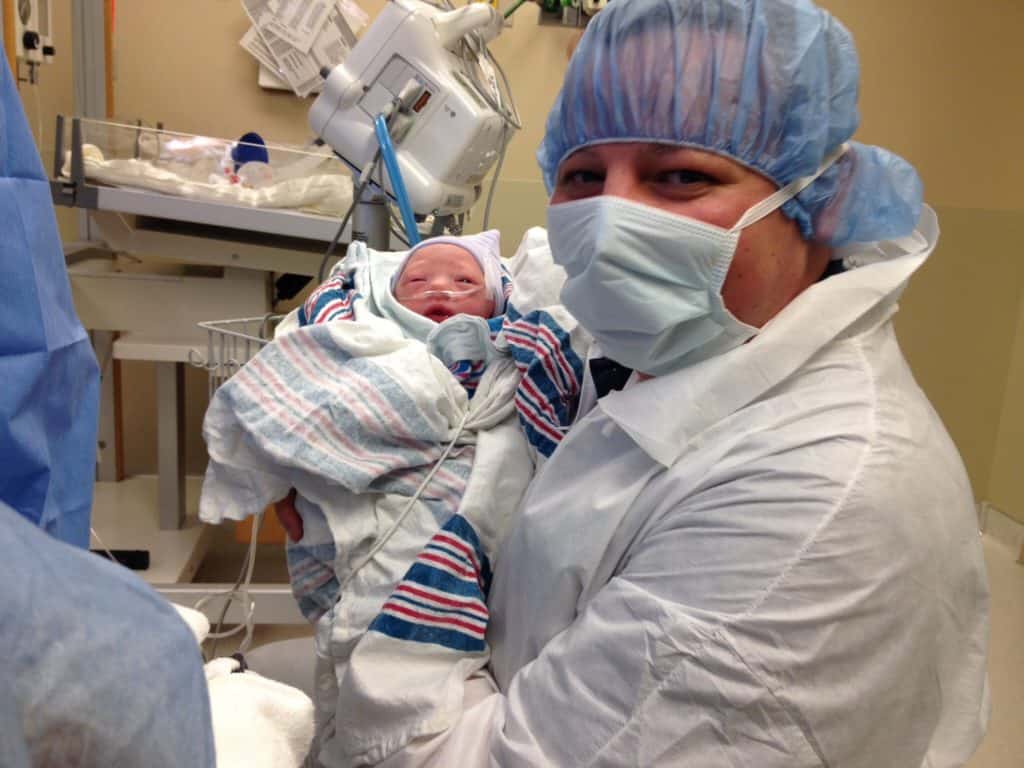