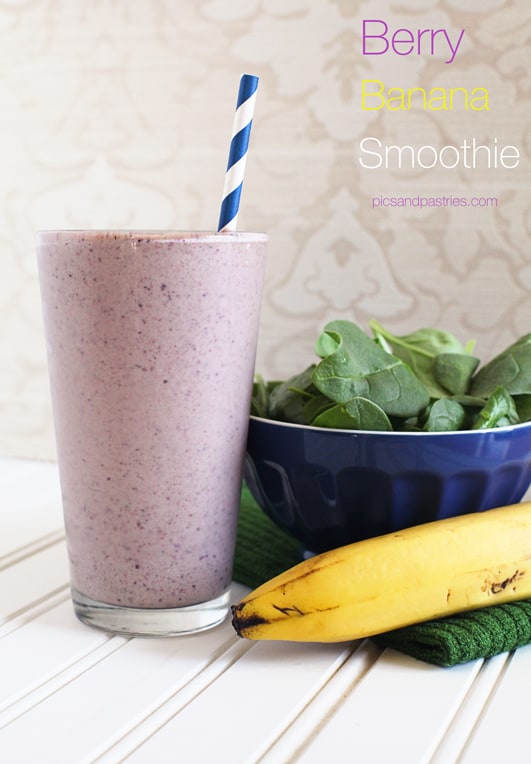 Hey, everyone! Today I am sharing a smoothie recipe with you. This is something that is made almost daily around here. My husband loves them! At one time I actually had to  beg him to drink a smoothie that contained spinach.  Now, he literally wants a smoothie everyday! At least it's healthy,right?  We usually have one for breakfast or lunch.

I actually have never followed a recipe or measured the ingredients until a few days ago and that was so I could write them down and share it with you. If you had more or less of a certain ingredient it will be okay and you probably won't notice. We have been making so many smoothies that we felt it would be useful to upgrade our blender. This will be blender number four in our five year marriage. HA! The first two died and number three was not far from it. Hopefully, we will not need to replace this one for a long, long time. We invested in a pricier one in hopes that it will last and do a good job. Obviously, we could have bought two of these with the cost of the other three combined.  As of now we think it was worth the investment and can notice an improvement in the texture of our smoothies. 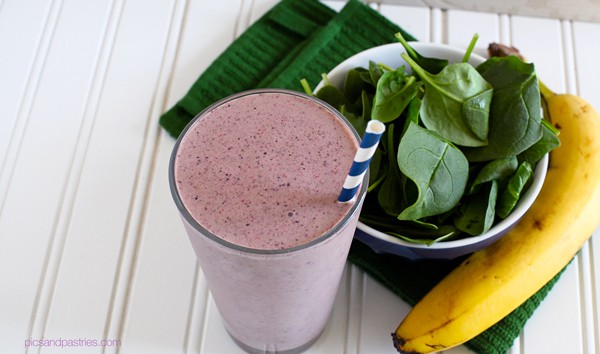 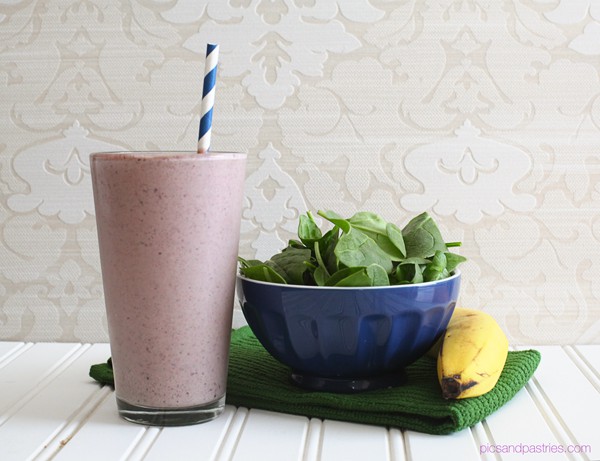 You can't taste the spinach in case you're wondering. It will make the smoothie a greenish color, especially if you don't use dark berries. Don't let the color scare you away. It's delicious and good for you! 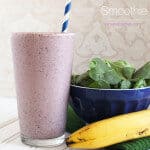 A drop of water may be needed to help get the ingredients moving in the blender.
Use more or less yogurt depending on the consistency you prefer of your smoothie.
« Peanut Butter Bars
Walnut Chicken »