Cinnamon Rock Candy-Old fashioned cinnamon hard candy is fun and easy to make. It's sweet and spicy all in one. 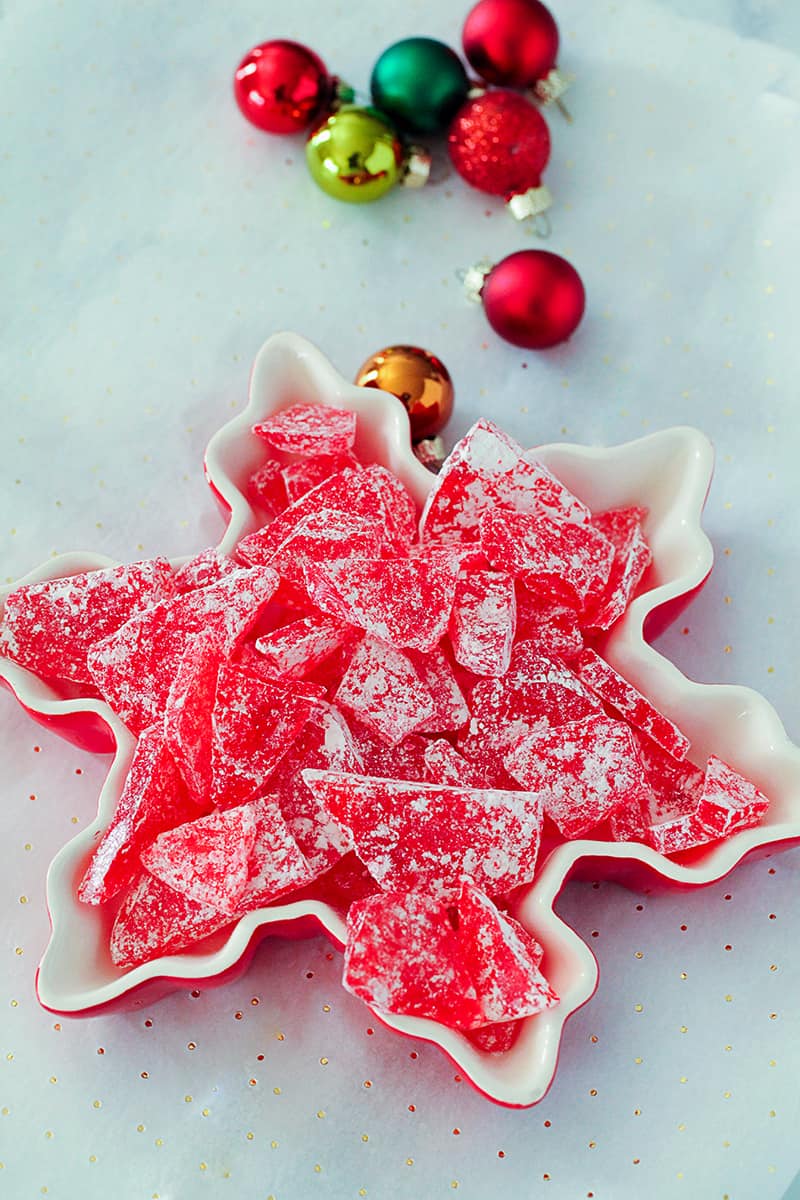 Three or four years ago was the first time I made this cinnamon rock candy and I've been making it every Christmas since. I'm not sure why I decided to try making it, but I love it and I find it fun to make since it's so different from all the other recipes I make during the year. It's really not hard to make..no pun intended! LOL! However, it's a must that you have a proper working candy thermometer. This is very similar to the one I use. 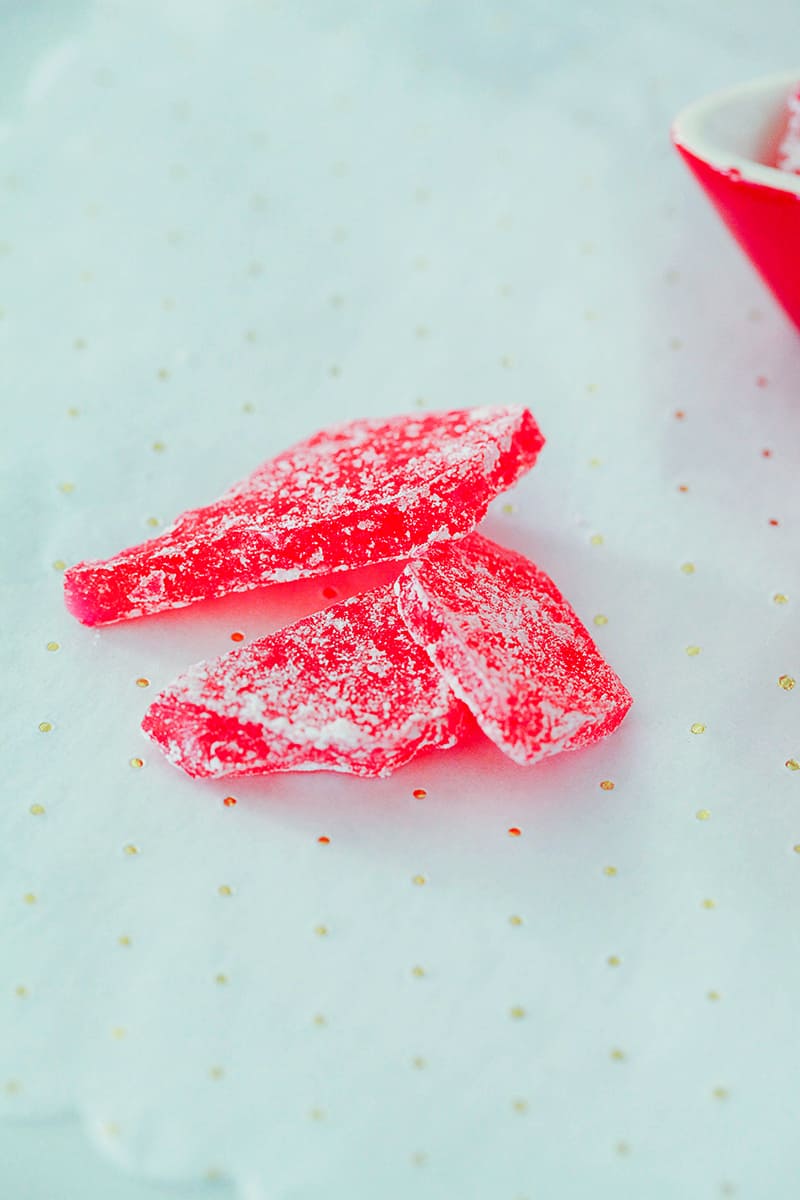 Cinnamon Oil- this can be tricky to find and I've only ever used this brand.

Butter to prevent the mixture from sticking to the aluminum foil

You will also need a heavy duty pot to make the candy.

How long does the candy last?

I store my candy in a zip loc bag and it keeps for several weeks. At that point it's usually all been eaten and/or given away so I can't speak for any time after the three weeks. 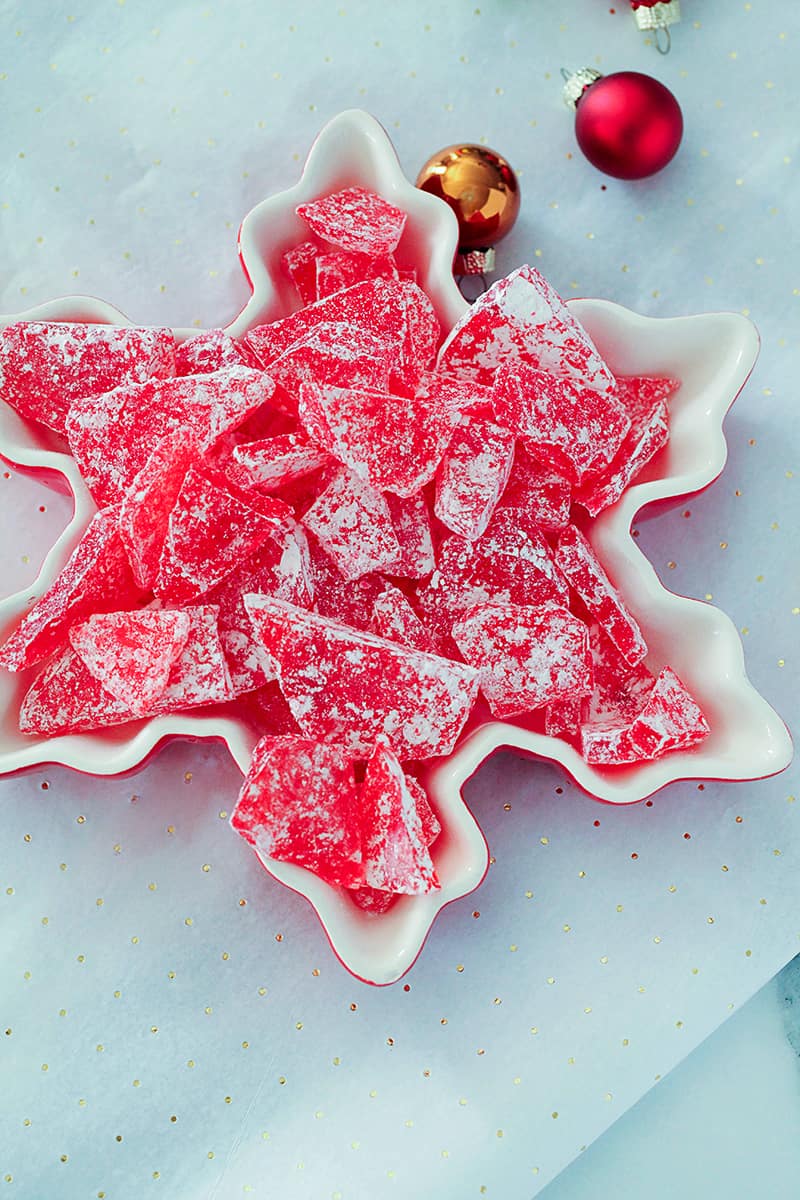 If you have friends and loved ones that you know like cinnamon then this is a pretty candy to package and give as gifts. I only use 1 teaspoon of cinnamon oil so it's not really spicy, but there's definitely the cinnamon kick. 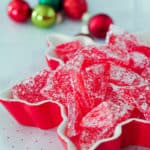 Make sure when pouring the cinnamon oil into the hot liquid, that you turn your face away. The cinnamon smell is very, very strong. 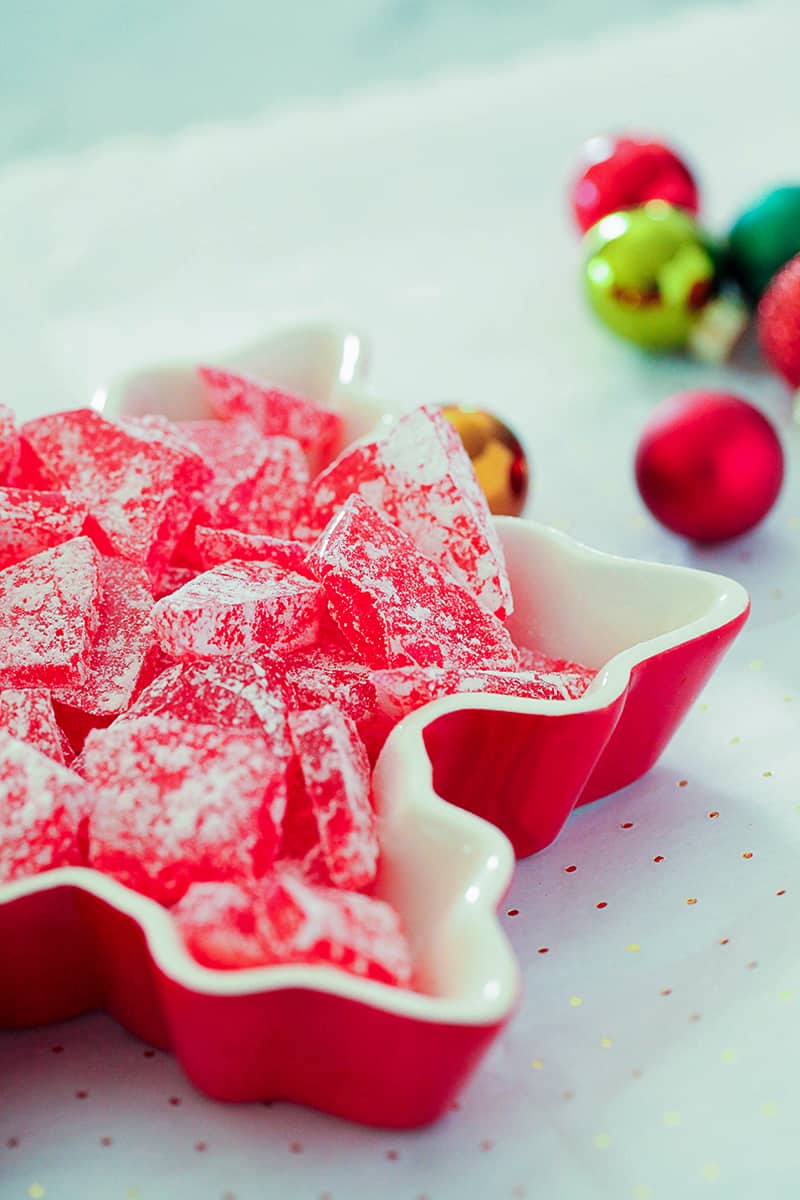 If you're looking for something a little more indulgent then check out my crockpot candy recipe.