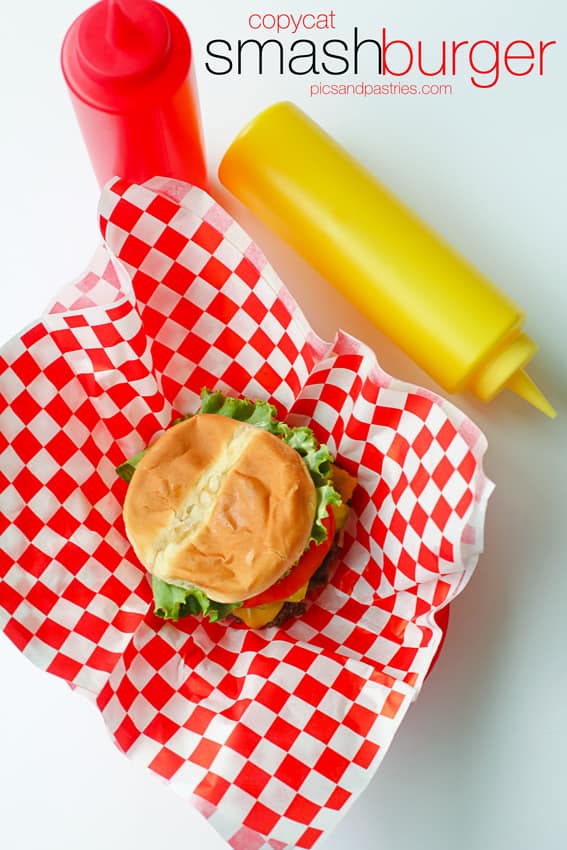 Are you all familiar with Smashburger? I had never heard of them until last month when we randomly chose a burger restaurant to eat at. Normally we hear about a restaurant from friends or read about restaurants online and in magazines and that's how we know what places to try and what places to not try. Smashburger was just a stumble upon type of place and it did not disappoint. My husband loves cheeseburgers and loves it when I fix him one at home on the stove. He actually thinks stove-top burgers taste better than cheeseburgers that have been cooked on a grill. I don't fix cheeseburgers for us very often. Like...once or twice a year, maybe. Although, now that I have this new method of cooking cheeseburgers I believe they will make an appearance more frequently. 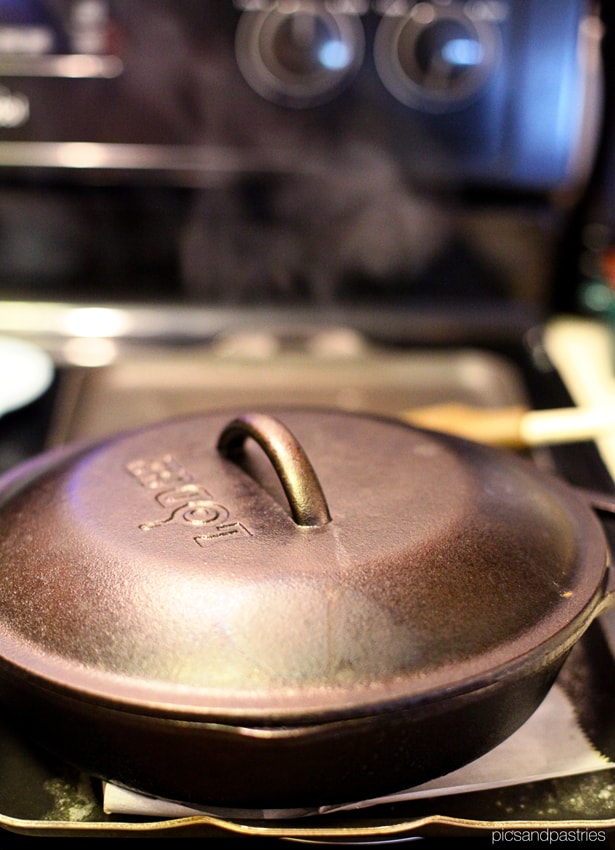 I cooked the burgers on my griddle and used my cast iron skillet to smash  the burger since it's heavy enough. To get started I cut a piece of parchment paper and used about a ⅓ lb. ball of beef. I didn't patty the beef but basically kept it as it was from the package. I slightly tucked in some of the excess meat but it is essential to keep it like a meatball so the beef can be smashed.   As soon as the griddle was hot I brushed it with a little melted better. Then placed the meatball cover with parchment paper onto the griddle and set the skillet on top of the parchment paper. The moment the skillet hits the paper it smashes the beef. Allow it to cook that way from about 3-5 minutes keeping the stove on medium to high heat. More medium than high.   After I  removed the skillet and parchment paper I  sprinkled the beef with salt, pepper, and a little seasoning salt.  I flipped the burger and allowed it to cook on the other side. I sprinkled the opposite side with salt, pepper and seasoning salt.  Once the burger was done cooking I removed it from griddle and topped it with American cheese that I bought freshly sliced from the deli. Don't forget to toast the buns! 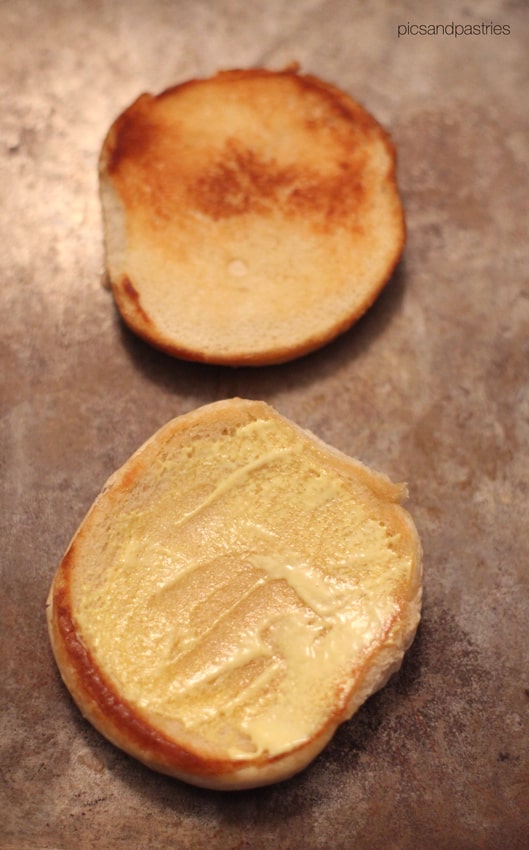 Now lets talk sauce. Smashburger has their own sauce they use on the burgers. While making this sauce it reminded me of a deviled egg base minus the eggs. If mustard, mayo and pickles are not your thing then just cook the burger the way I described (which is amazing) and leave off the sauce. My husband orders his burger without the sauce but adds BBQ sauce in place of. Personally, I think smashburger is more known for their method of cooking burgers rather than the sauce. 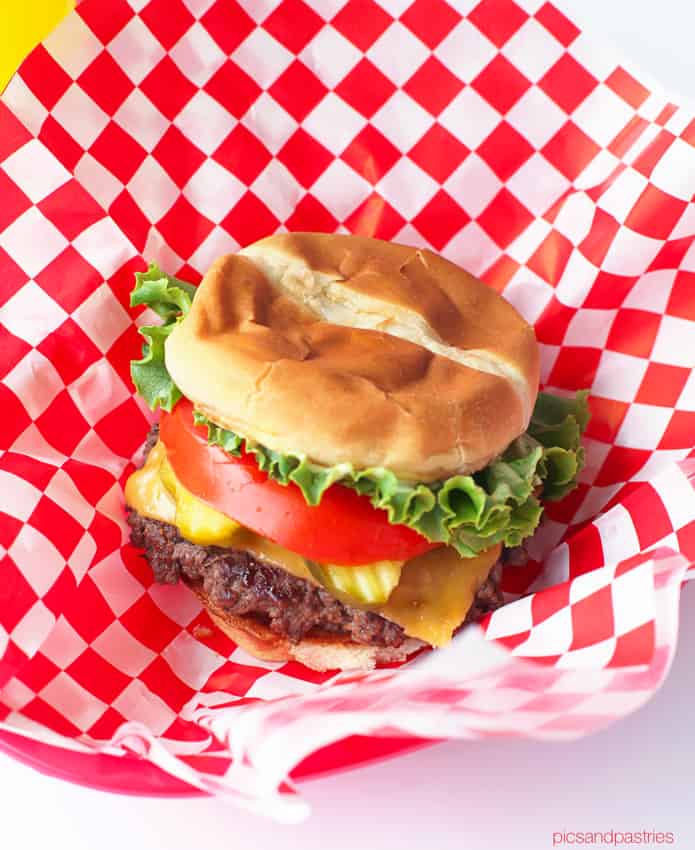 This was my take on smashburger and I have no idea how close I came to the real thing, but we thought they tasted great and very similar.  Have you eat at smashburger before?  Also, I leave hearing about delicious ways to cook  your own cheeseburgers! 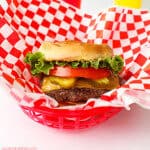 Feel free to season your cheeseburgers however you prefer. This was how I cooked ours and this method of fixing the cheeseburgers is great. 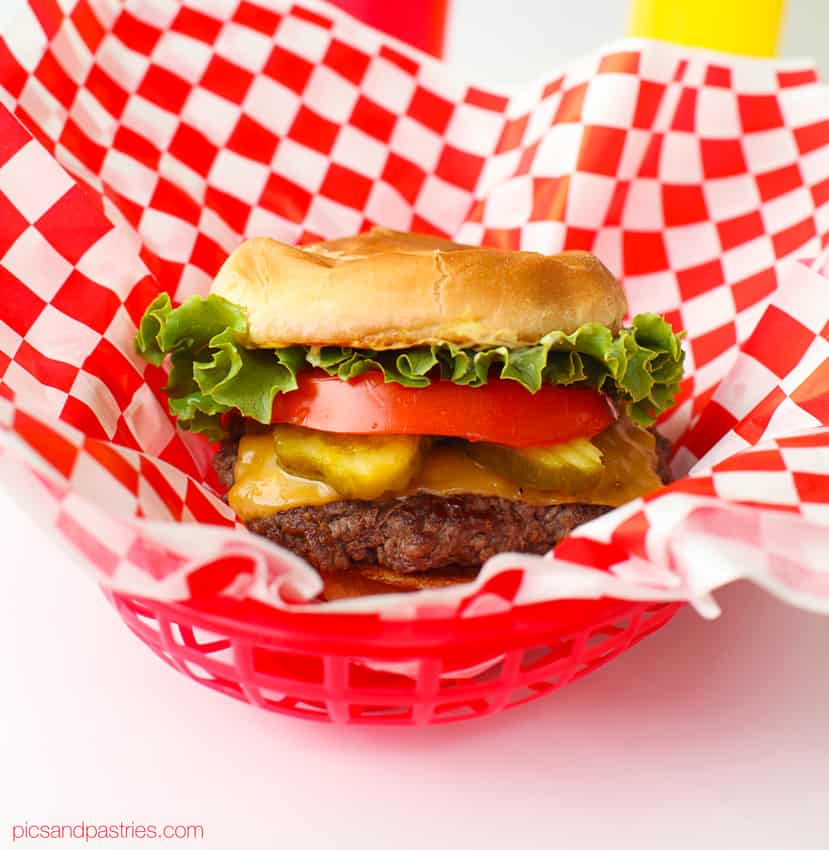 I hope you try out the real smashburger really soon if you haven't already. They have great tasting food!
« Chocolate Chip Cookies
mini S'mores »