These cinnamon rolls will take you right back to Grandma's kitchen once you smell the sweet cinnamon sugar aroma.They're worth getting out of bed early for so that the yeast can rise......or you can make them the night before. 🙂

I love to make cinnamon rolls. Cinnamon rolls and chocolate chip cookies take up a lot of my baking time. That's a good thing! While I enjoy trying new recipes and variations it's always great to have that "no fail" recipe. This recipe is exactly that for me because I know that when I make a batch of these cinnamon rolls that they will be finger-lickin' good! 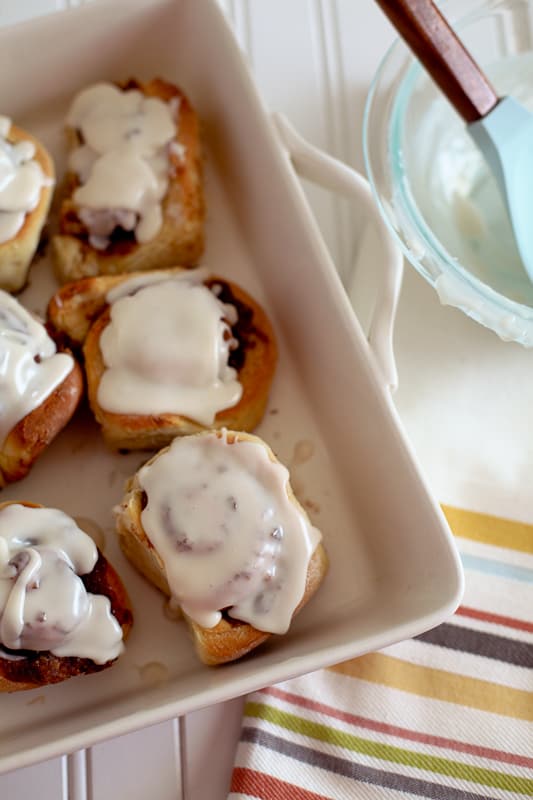 This recipe comes from one of my Better Homes and Gardens cookbooks. Aren't those the best?!? If you don't have one I highly suggest you pick one up. I think they also make great gifts for a soon to be bride for her bridal shower.  I have a few different editions, but I reeaaalllyy love the old ones considering I  have a "thing" for old cookbooks. 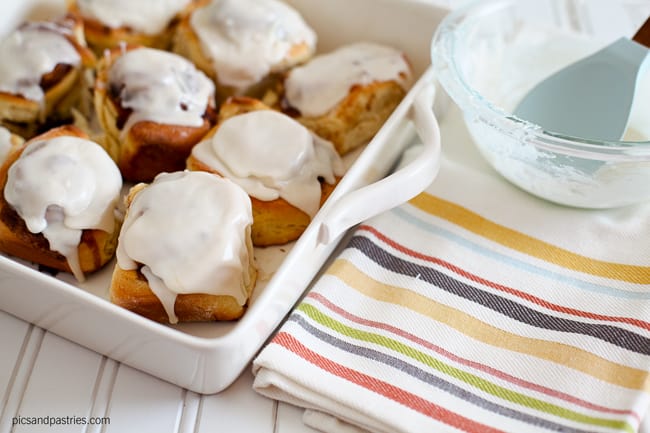 If you want to change these a bit I like to make these during the fall to help bring in some seasonal flavor. 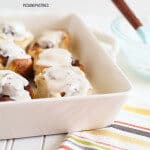 Rolls can be baked right away without chilling. Instead of chilling the dough for 2 to 24 hours just cover loosely and let dough rise in a warm place for 30 minutes.
« Chicken Wings
Banana Muffins »