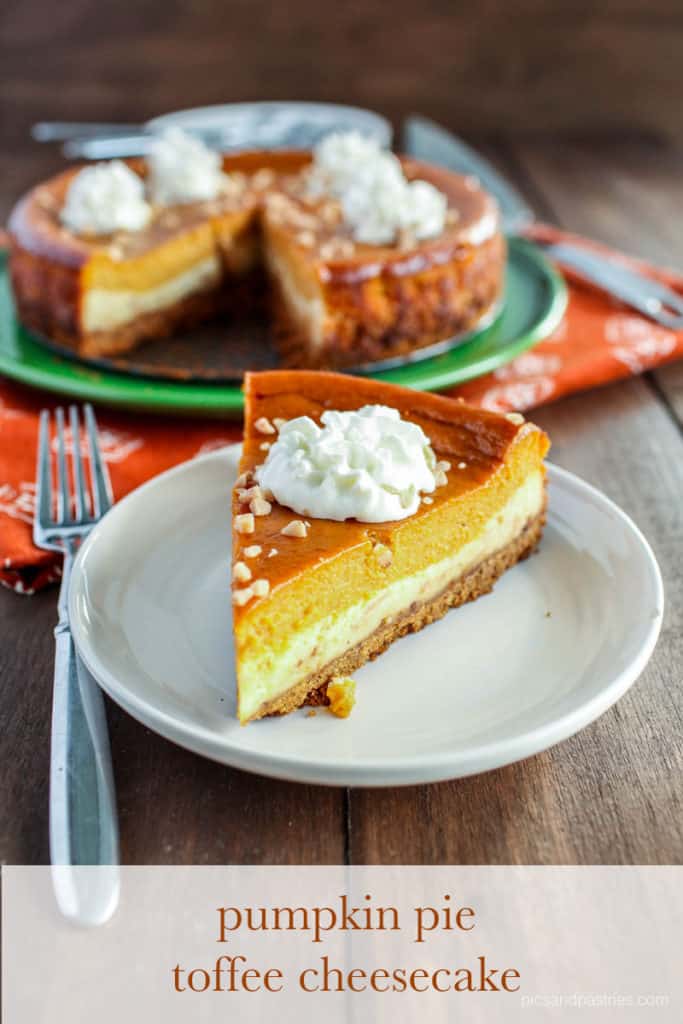 Pumpkin Pie Toffee Cheesecake -Pumpkin pie layered on top  of a toffee flavored cheesecake and on a cinnamon graham cracker crust. This pumpkin pie toffee cheesecake is delicious and always gets great reviews. 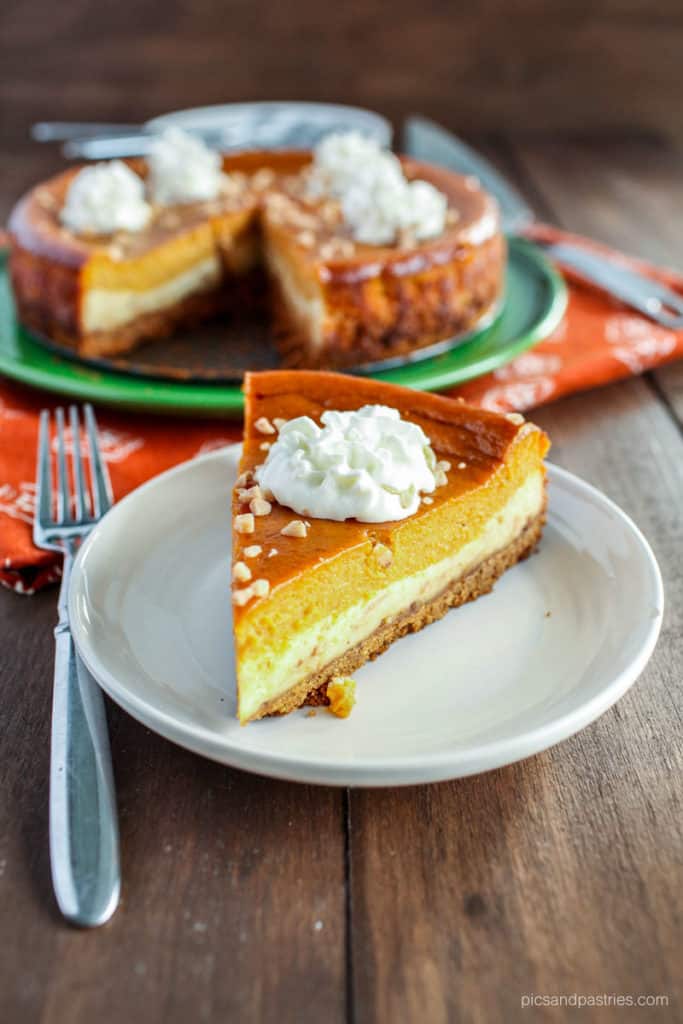 The weather has been so fall like that I couldn't resist making a pumpkin pie toffee cheesecake over the weekend. I've been making this cheesecake for Thanksgiving for many years now and I should have shared it on here before now. However, I'm sharing it now and in plenty of time for fall get togethers and Thanksgiving.

In order to make this cheesecake you need to have a springform pan such as this one. Also you need toffee chips which can sometimes be difficult to find. They're located in the baking section of our Target but our Kroger doesn't carry them. Amazon has them as well. However, make sure to get the plain toffee chips and not the chocolate covered ones.

This pumpkin pie toffee cheesecake takes two hours to bake so make sure to be prepared for your oven to be occupied during that time. Also, it needs to chill for several hours in the fridge before it's really ready to be eaten. I actually would recommend making it the day before and wrapping it really well in plastic wrap because I think it tastes better that way. Let it chill for several hours and then wrap in the plastic wrap if you plan on serving it the next day. 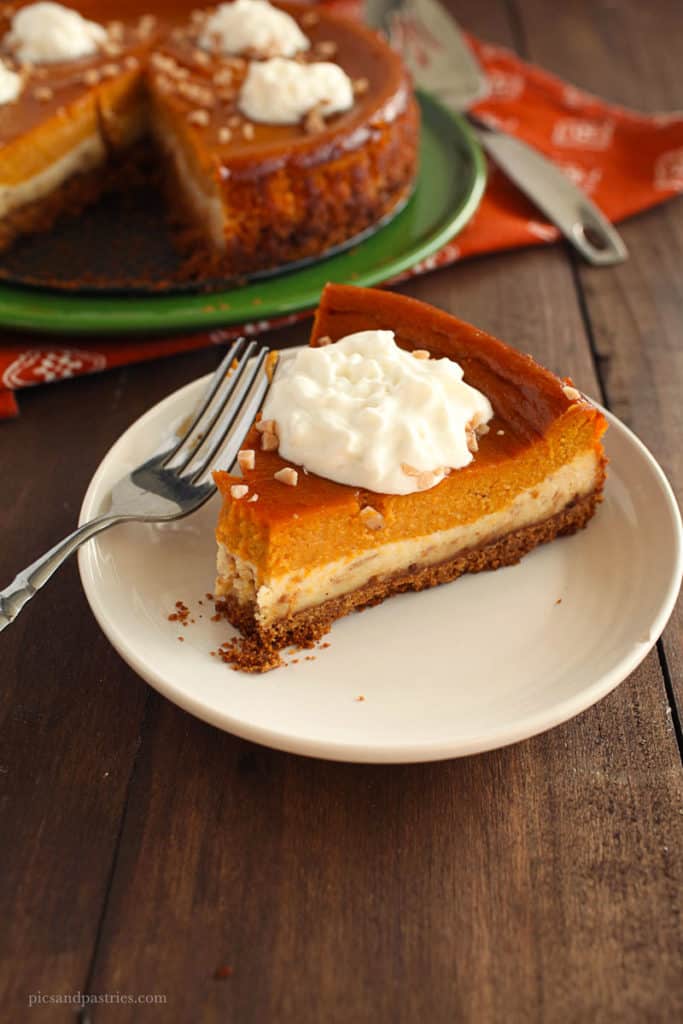 This is one of the best pumpkin cheesecakes so I hope you make this recipe. Make sure to pin it so you will remember it around Thanksgiving time. Also, if you're wanting more pumpkin recipes check out these cookies, and this drink. 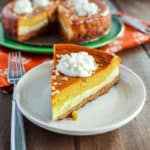 I only had plain graham crackers so I used those with 2 teaspoons of cinnamon. Adapted from Betty Crocker 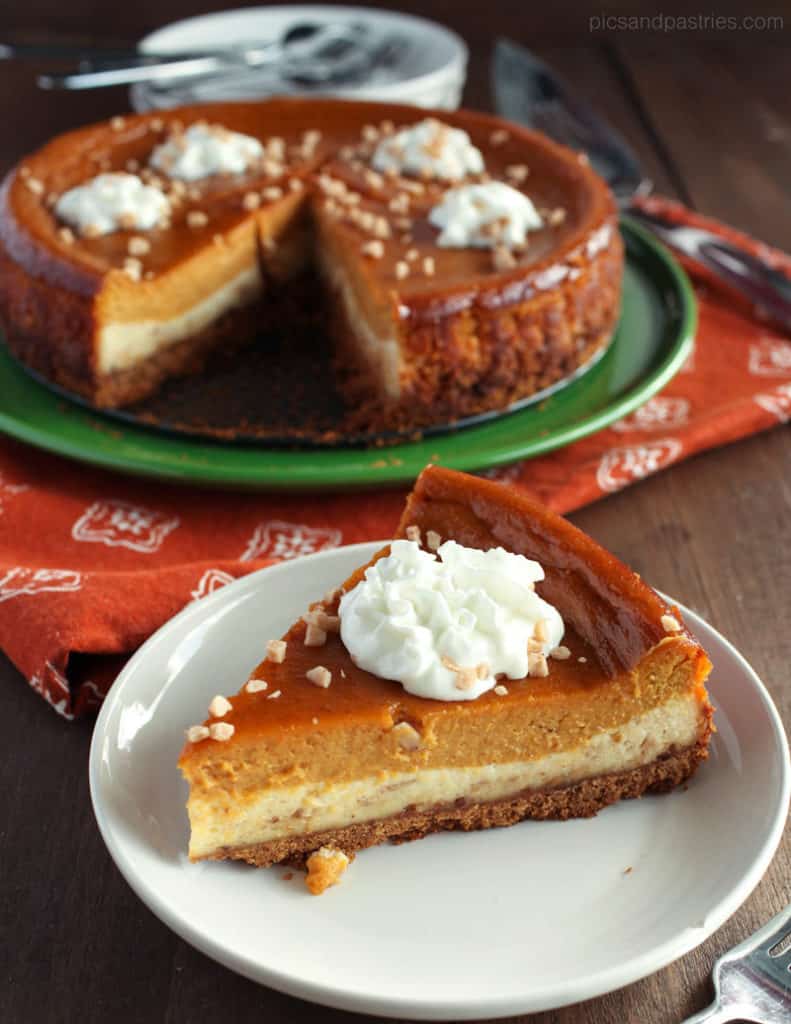