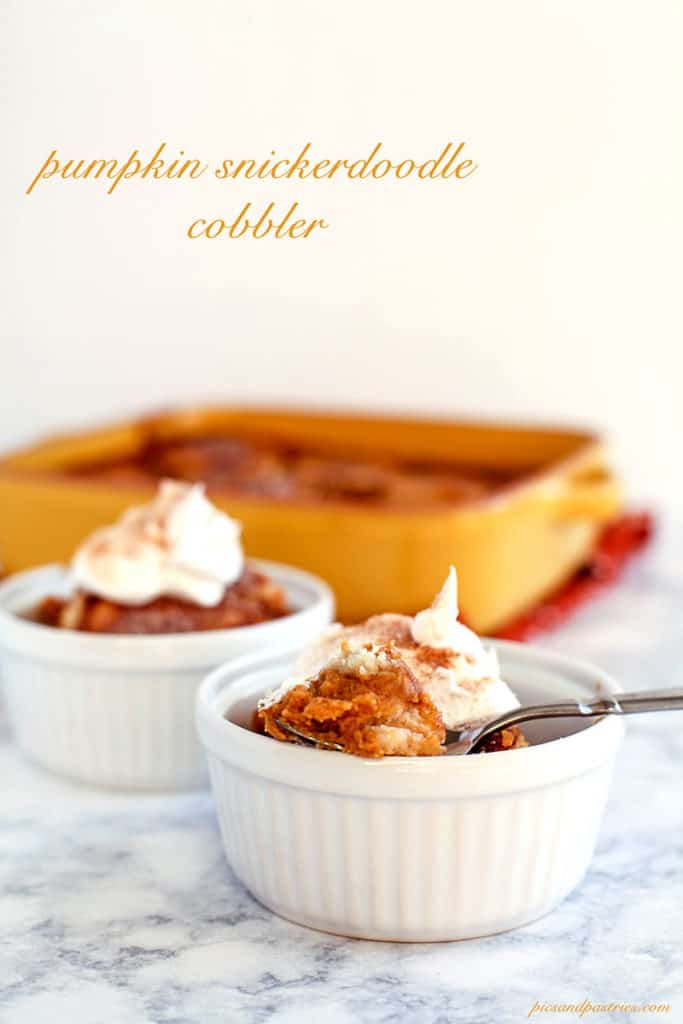 There's no limit to pumpkin recipes that I want to try or have tried and will continue to bake. I love the pumpkin flavor and it is only here for a short time. Embrace it, right?! Pumpkin Snickerdoodle Cobbler combines two great things into one. Pumpkin pie meet snickerdoodle cookies! Heavenly!

The only downfall with this recipe is its looks. Basically, you're taking snickerdoodle cookie dough and rolling them into small-mediumism size balls and then flattening them. Once they're flattened you lay them on the pumpkin batter. The cookies kinda sink into the batter and then as the cobbler bakes the pumpkin puffs up as do the cookies and turn a light colored brown. Don't let looks scare you away because people are going to love this pumpkin snickerdoodle cobbler.

Be sure to use a 2-quart baking dish like this one for this cobbler. 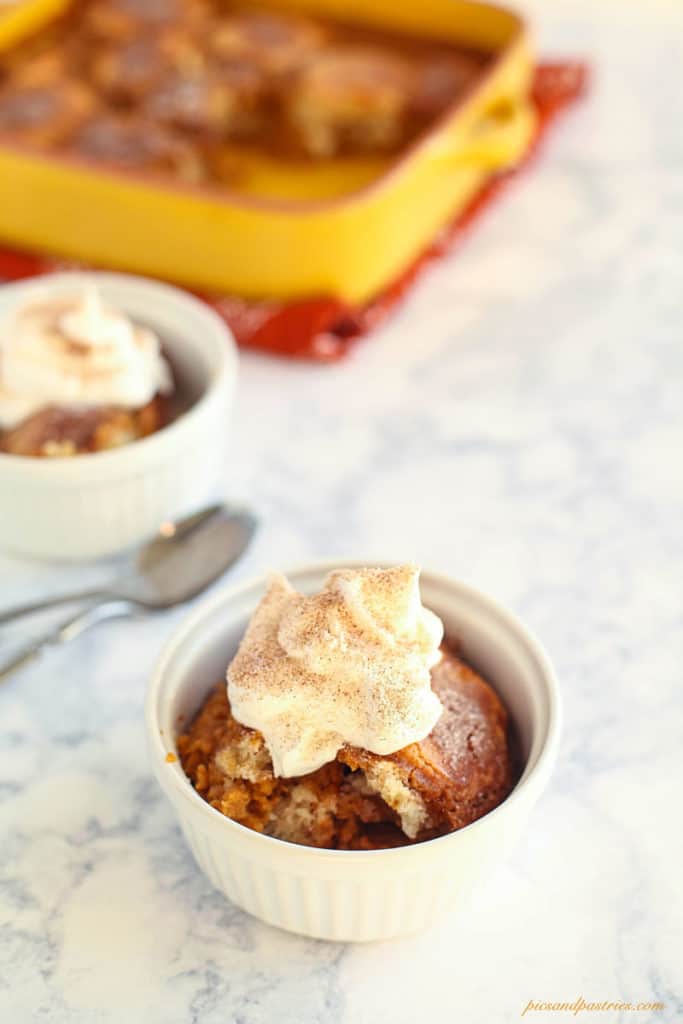 My pumpkin cheesecake is usually the most requested dessert for Thanksgiving but this year the cheesecake is going to have to share the spotlight with this pumpkin snickerdoodle cobbler. Let me know if you give it a try because it really is delicious.

Also, if you're just interested in the snickerdoodles then here's my favorite recipe for those. 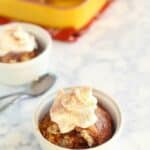 Adapted from Better Homes and Gardens 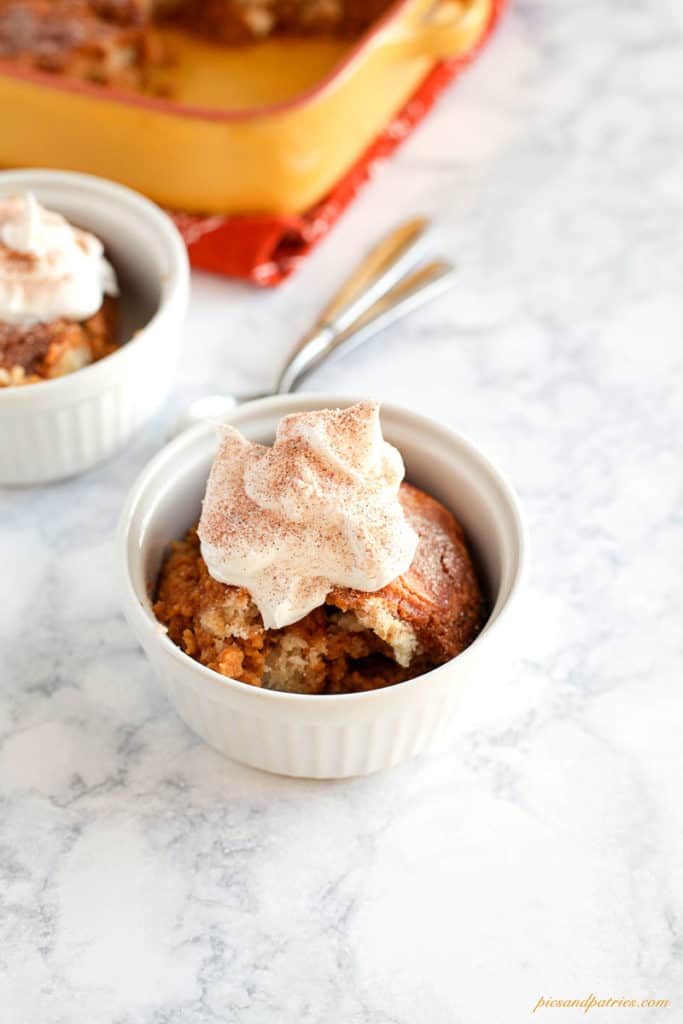